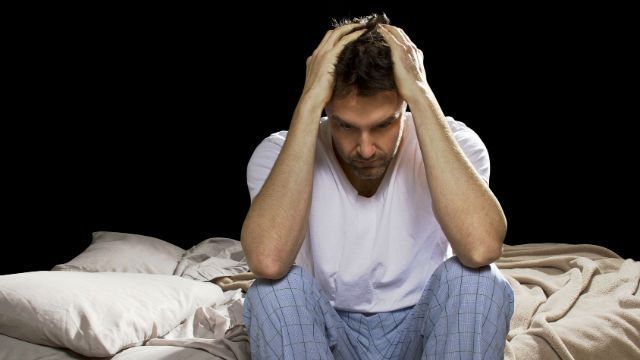 A rather alarming study, published in the journal Neurology in September, revealed that a lack of sleep was associated with an increasingly shrinking brain, particularly in those who are over the age of 60.

Lead researcher Claire Sexton, DPhil, with the University of Oxford, told The Huffington Post in an email, “We found that sleep difficulties (for example, trouble falling asleep, waking up during the night, or waking up too early) were associated with an increased rate of decline in brain volume over 3 [to] 5 years. Many factors have previously been linked with the rate of change in brain volume over time — including physical activity, blood pressure and cholesterol levels. Our study indicates that sleep is also an important factor.”

The study included evaluating 147 adults between the ages of 20 and 84 who all underwent two MRI brain scans an average of 3.5 years apart in addition to answering a survey about their sleep quality. Among the participants, 35 percent reported poor sleep quality. Sexton found that their brain scans showed a more rapid decrease in the frontal, temporal and parietal parts of the brain.

The frontal lobe regulates decision-making, emotions and movement, while the parietal lobe is where letters and words combine into thoughts and the temporal lobe is associated with memory and learning.

The study is an associative one, which according to The Huffington Post, means it does not show whether sleep causes rapid brain shrinkage, or if a rapidly shrinking brain results in poorer sleep. Sexton says that future research based on her findings may encourage people to take their sleep schedule more seriously, explaining, “In [the] future, we would like to investigate whether improving sleep can help slow decline in brain volume. If so, this could be an important way to improve brain health.”

Other studies have had similar results, finding a lack of sleep to be associated with a number of negative affects on the brain, including cognitive decline.

Neurology professor and sleep expert at UC San Francisco, Louis Ptacek M.D., praised the study for being “reasonable” and “sound,” telling HuffPost that, while interesting, the results aren’t all that surprising. He explained, “We know, for example, that in many neurodegenerative diseases, you get all kinds of sleep problems. It’s not 100 percent uniform, but we know that Alzheimer’s patients, dementia patients and Parkinson’s patients all have different kinds of sleep phenotypes.

“It’s not surprising that bad sleep is associated with decreased size or increased atrophy in different parts of the brain – in fact, I would have predicted that,” he said, “but of course, these investigators did the study and proved it.”