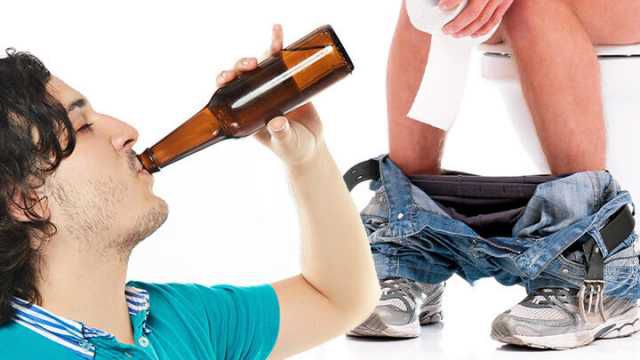 Let’s be totally honest. If you’re reading this article, chances are at some time in your life, you woke up after a long night of drinking with some classy diarrhea. It’s like everything you consumed the night before has rushed to the exit in the least orderly manner possible — and it sucks big time. So why does this happen and is there a way to avoid it?

The cause of post-drinking terrors

To understand why alcohol messes with your poop, we need to understand how the body absorbs your beverages. Our story starts in the stomach, where a lot of our digesting takes place. Not so for alcohol. Sure, a small amount is absorbed into the stomach lining, but most of what you drink actually just sits there until it gets moved into the small intestine.

This is where your problems really begin, according to gastroenterologist Dr. Kathlynn Caguiat. Speaking to Thrillist, Caguiat explained that alcohol can have a massive impact on intestinal motility — i.e., the speed at which your innards do their work. Basically, your intestines work like a cubicle worker after their 12th espresso of the day. They move fast, but don’t necessarily pay close attention to details.

“Alcohol can increase gut motility and it doesn’t get broken down before it reaches the colon, where bacteria feast on these, resulting in bloating and diarrhea,” Caguiat said. These colon-dwelling bacteria love alcohol even more than you do. They can be sent into a feeding frenzy when they get bombarded with the unbroken down booze.

With alcohol in your system, there’s less time for stools to harden 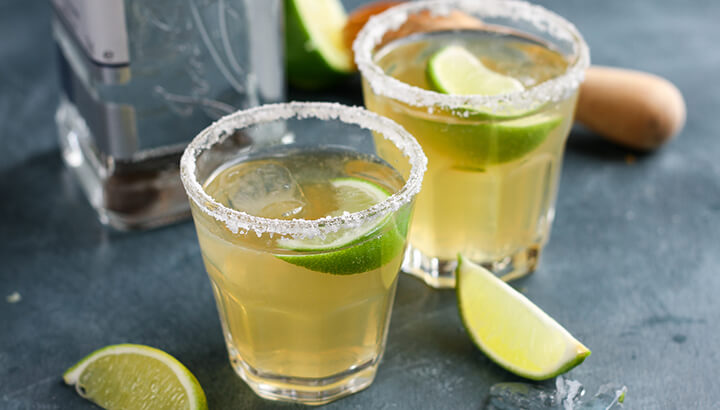 Just like you, bacteria also needs to go number-two. Hence, after chowing down on your alcohol, the bacteria will produce gas, along with other ingredients that you’re left to excrete.

However, this is far from the end of the story. Remember how the intestines go crazy and push everything to the colon super fast? Another unpleasant side effect of this is the fact that the solids and liquids don’t always get mixed as well as they should be.

According to Dr. Ali Keshavarzian, director of digestive diseases at Rush University Medical Center in Chicago, “The increased transit time means there’s less time for absorption of water in the colon, so the stools are watery and come out as diarrhea.”

This phenomenon is further exacerbated by the fact you probably drank a ton of liquids last night. Most of that liquid ends up in the bladder. But some can also find its way to the colon and join that already-terrible party going on down there.

As Keshavarzian told Buzzfeed, another result of the increased motility combined with loose, liquid stools is the sudden onset of the need to use the bathroom. One minute you’re fine — but then the next? You. Have. To. Go. Now!

Related: 5 Distinguishing Features Of A Good Poop And Bad Poop

How your drink choices matter

As you might expect, your choice of drinks can impact your toilet experience the next morning, though there isn’t exactly a best option. For many people, hard liquor can be devastating for the colon, according to Dr. Urvish Shah, a gastroenterologist in Lansing, Michigan.

“The more concentrated the alcohol, the worse the reaction will be,” Shah told Thrillist. The reason behind this is fairly simple: hard liquor packs the most punch. It will therefore overwhelm your intestines quicker. Diluting your liquor with mixers can also be a bad idea, as many popular cocktails are high in sugar, which can likewise upset your stomach.

Will beer and wine be easier on my system? 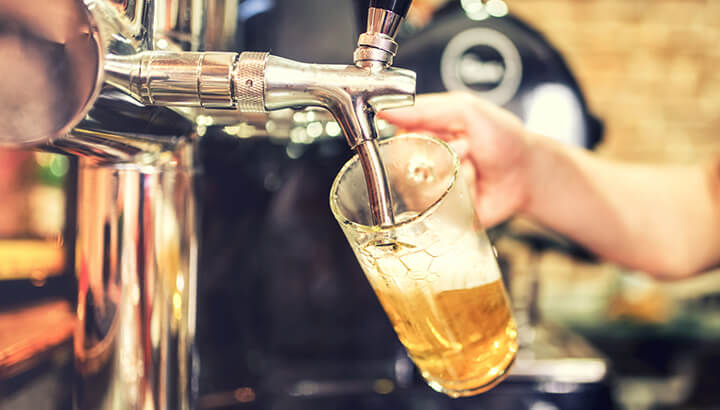 If you think you’re safe with beer, think again. Dr. Anish Sheth, author of “What’s Your Poo Telling You,” said beer can be even worse for some drinkers. The reason is that beer is high in carbohydrates, which intestinal enzymes and the aforementioned bacteria just adore. More carbs mean even more gas and more time on the toilet seat in the morning.

As for wine, you might want to think twice. As Keshavarzian pointed out, “Many people have reactions to the tannins from grape skins in red wine, which can cause nausea and diarrhea.”

How to stop digestive distress from alcohol

At this point, you might be at a loss for what to drink. Obviously, the easiest solution is to simply take it easy on the booze or accept the lousy after effects. However, as gastroenterologist Joseph Weiss told Greatist, we all react differently to different drinks.

“Just like some people with lactose intolerance can have cream in their coffee but start to feel sick after a glass of milk, some people will be fine drinking a beer or two but will notice digestive problems if they drink a whole six-pack,” he said.

So, the way to avoid feeling sick is to simply drink whatever beverage works best for you. If beer makes you feel bloated, go for a lower carb option like a hard liquor. If hard liquor kills your colon, grab a glass of wine. Or just don’t drink so much!