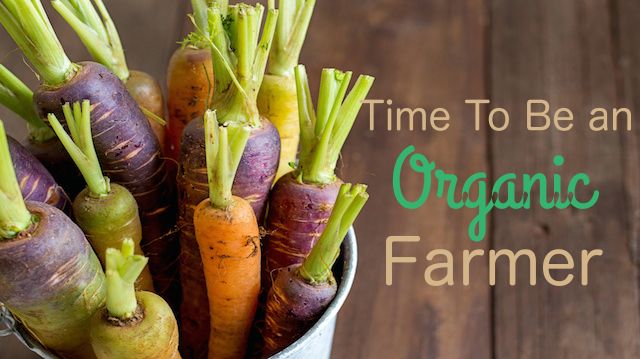 With more and more people showing concern over the quality of the food they eat, it is a better time than ever to be an organic farmer. Just one advantage is that organic farmers make more money than their non-organic competitors.

Keeping a bigger slice of the pie

“Public perception is that if you’re doing organic, maybe you’re sacrificing financial sustainability, but we show that’s really not the case,” explained study co-author David Crowder, professor of entomology at WSU. “If you’re getting a 30 percent margin on your competitors, that would be the envy of almost any business.”

The reason for the higher profit margins of organic farmers has a lot to do with smaller supply and higher pricing. The study found that organic farmers typically produce between 10 percent and 18 percent less than non-organic farmers.
Compensating for that smaller crop yield are the higher prices that consumers pay for organic foods. So fewer sales are required to make up the difference financially.

Other financial considerations of organic farming

Besides the financial aspect, there are some important environmental benefits to organic farming to consider as well. These benefits include ecology, biodiversity, and improved soil quality.

How do you become an organic farmer? 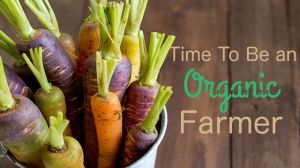 One of the biggest hurdles to becoming an organic farmer is the requirement that the land is free of pesticides for at least three consecutive years. Not to mention, farmers are not allowed to sell their organic products in the marketplace until those three years have passed.

Unfortunately, while the demand is growing for organic food, current organic farmers are not able to meet the demands. At this time, only one percent of farmers are using organic methods of production.

“We’re definitely not saying 100 percent should be organic,” said Crowder. “But there’s a really high demand for organic that isn’t being met right now.”

Organically grown produce also tends to be more resistant to insects and diseases. This was shown through research conducted in the 1930s by U.S. doctor and oil nutrition pioneer Dr. Charles Northern.

As a consumer, you already know that organic produce has a superior quality and taste over conventionally produced food. Why not consider starting your own small organic garden to enjoy quality organic food year round.