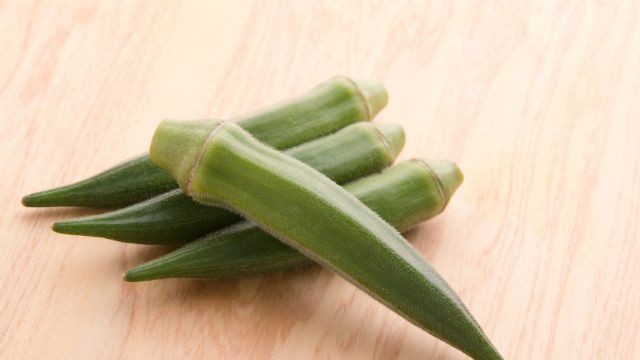 If you are from – or have traveled through – the American South, you are probably quite familiar with okra. Okra (Abelmoschus esculentus) is actually native to Northeastern Africa, though it now grows in many warm regions across the globe.

This delicious green veggie, sometimes referred to as “lady finger” due to the shape of its pods, is a popular side dish in the South, and makes a common appearance in the gumbos served in New Orleans and other parts of Louisiana.

Along with being tasty, okra offers a wide array of health benefits. Recent research investigating the anti-cancer properties of okra has discovered that it may be a powerful ally in fighting this dreaded disease.

A new Brazilian study published earlier this year in the journal Biology Letters found that a lectin found in okra killed up to 72 percent of human breast cancer cells in an in vitro setting, primarily by the induction of apoptosis – the programmed cell death of tumor cells. The researchers also found that this particular lectin, found in the seeds of the okra, slowed the growth of the breast cancer cells by 63 percent.

Regarding their results, the researchers wrote, “AEL [Abelmoschus esculentus] in its native form promotes selective antitumor effects in human breast cancer cells and may represent a potential therapeutic to combat human breast cancer.”

An earlier study, performed in 2010 by French and Dutch researchers and published in the journal Phytotherapy Research, found that a pectin in okra, which naturally occurs just under the skin of the pods, was highly effective in destroying “highly metastatic” mouse melanoma cells.

The antioxidant compounds found in okra, including a rich amount of vitamin A, beta carotene and lutein, can also be a major player in cancer prevention. Okra is also high in vitamins C and K, several B vitamins, and the minerals calcium, iron, magnesium and manganese, and contains a fair amount of protein and heart-healthy potassium.

Along with its exciting potential to fight cancer, okra may aid us in combatting other serious health conditions, as well. As we previously reported, this veggie shows promise in the prevention of diabetes and kidney disease.

Okra makes a great addition to a wide variety of dishes, including soups (the famous gumbo, or any other soup of your choice), stews and sautees. Okra leaves can also be eaten, and make a great salad base or lightly fried side dish.

However you choose to incorporate it into your meals, okra is one veggie definitely worth putting on the menu.