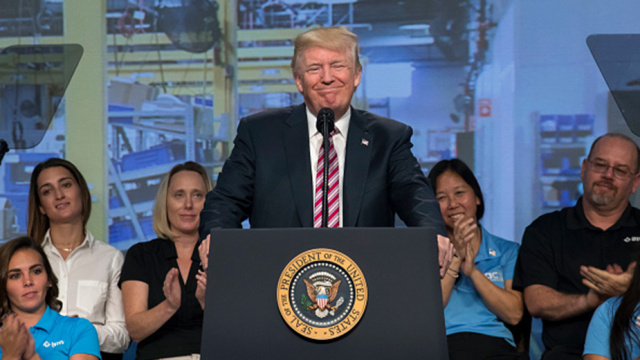 On Wednesday, President Trump and First Lady Melania visited Las Vegas to comfort victims, thank law enforcement and speak with other first responders who reported to the shooting Sunday night.

The President and First Lady’s first stop was at the University Medical Center, a place that had been described as a controlled war zone following the shooting.

Hundreds of people with bullet wounds and other serious injuries from the shooting rushed there for survival.

When the President and First Lady touched down in Las Vegas, they promptly headed to that location for 90 minutes to meet privately with medical professionals, families and victims.

This one particular video stood out to many.

The gentlemen, who was in a hospital bed recovering from a bullet wound to his leg, got up to shake hands with them.

Take A Look at the video:

The victim writes, “There may be plenty of issues in this country but I will always respect my country, my president and my flag. Shot in the leg or not, I will stand to show my President the respect he deserves!”

“We met patients that were absolutely, terribly wounded,” said President Trump. “The doctors, the nurses, all of the people at the hospital, have done a job that is indescribable.”

The President’s visit comes a day after he was in Puerto Rico visiting Hurricane Maria victims.