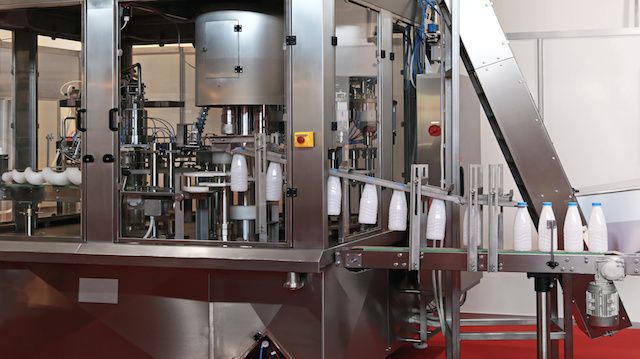 For years, health experts and concerned citizens have been warning about the possible health hazards from artificial colors, artificial flavors, and GMO ingredients in food.

Despite the warnings, big food industry companies turned a deaf ear and continued to load up food with questionable and unnecessary ingredients… until now. In some surprising news, it seems there may be serious changes coming from companies like Kraft, Nestlé USA, and Chipotle.

“We’ve met with families in their homes and watched them prepare Kraft Mac & Cheese in their kitchens. They told us they want to feel good about the foods they eat and serve their families, including everything from improved nutrition to simpler ingredients,” explained Triona Schmelter, Vice President of Marketing, Meals. “They also told us they won’t compromise on the taste of their Mac & Cheese – and neither will we. That’s why we’ve been working tirelessly to find the right recipe that our fans will love.”

They artificial ingredients will most likely be replaced with natural coloring sources like annatto, turmeric, and paprika. The company says the decision comes in part from Kraft’s mission to provide for the changing needs and lifestyles of consumers.

“Listening, extensive research and continuous improvement have been part of the Kraft Mac & Cheese 75-year heritage. From packaging like convenient cups to products like Deluxe, Organic and Whole Grain to light prep instructions, we’ve innovated this iconic brand through the years to remain North America’s favorite Mac & Cheese,” said Schmelter.

This is not the first improvement seen from Kraft. In 2014, the company launched Kraft Macaroni & Cheese Boxed Shapes in the U.S. with a six gram serving of whole grains, a reduced sodium content to 100 mg per serving, and no artificial coloring. At the same time in Canada, Kraft Dinner Boxed Shapes were launched with no artificial coloring. It is also worth mentioning that since 2012, Kraft Dinner Original has been made with 19 percent less sodium content.

In 2015, the Kraft Macaroni & Cheese Boxed Shapes product was switched to being produced without any artificial preservatives also. Now all the Boxed Shapes products have no artificial coloring, preservatives, or synthetic flavors. The original Kraft Macaroni & Cheese contains nine grams of protein in each serving along with 10 percent of the daily recommended amount of calcium.

FD&C Yellow No. 5 and No. 6
One significant truth about nature is this: The deeper the color, the more nutritionally dense a food tends to be. Unfortunately, the same cannot be said for most foods you find in your local grocery store. The use of artificial colors has permeated nearly every food or drink commercially sold today. From the juices you drink to the pasta sauces on the shelf, most are riddled with not just one but many artificial ingredients.

This commonly used artificial food coloring is what gives Cheetos Crunchy Cheese Flavored Snacks their alluring hue. The appearance of food that has been colored using artificial dyes just like this are automatically expected to taste a certain way based on how they look. In a study by Cornell University, people were asked to eat Cheetos without the coloring. They reported that they did not taste much cheese flavor, even though the flavor was unchanged from the colored variety.

“People ranked the taste as bland and said that they weren’t much fun to eat,” said Professor Brian Wansink, director of the Cornell University Food and Brand Lab.

Nestlé USA
Nestlé USA announced that they were making a commitment to remove the synthetic flavors and FDA-certified artificial colors, such as Yellow 5 and Red 40, from all of the chocolate candy products they produce. By the end of 2015, this will add up to over ten brands and 250 products that will be free of artificial flavors and synthetic colors, including Crunch, Butterfinger, Baby Ruth, and Nestlé.

These new healthier products will be identified with a “No Artificial Flavors or Colors” detail on the packaging and will begin to line store shelves by the middle of 2015. According to Nestlé USA, they conducted research on some of their brands, and it showed that U.S. consumers had a preference for versions of their favorite candy brands that were free of synthetic flavors and artificial coloring.

“Nestlé is the world’s leading nutrition, health and wellness company and our commitment to remove artificial flavors and certified colors in our chocolate candy brands is an important milestone,” said Doreen Ida, President of Nestlé USA Confections & Snacks. “We know that candy consumers are interested in broader food trends around fewer artificial ingredients. As we thought about what this means for our candy brands, our first step has been to remove artificial flavors and colors without affecting taste or increasing the price. We’re excited to be the first major U.S. candy manufacturer to make this commitment.”

As Nestlé USA removes the artificial colors and flavors from its products, they will be replaced with natural ingredients such as annatto. Annatto is derived from the seeds of the fruits produced by the achiote tree. In the Butterfinger candy it will be used to replace both Yellow 5 and Red 40 artificial colorings. The synthetic vanillin flavoring used in Crunch will be replaced with a healthy natural vanilla flavor.

“We never compromise on taste. When making these changes to more than 75 recipes, maintaining the great taste and appearance consumers expect from the chocolate brands they know and love is our #1 priority,” explained Leslie Mohr, nutrition, health and wellness manager, Nestlé Confections & Snacks. “We conducted consumer testing to ensure the new recipe delivers on our high standards for taste and appearance.”

Apparently this change will be affecting all of Nestlé’s current chocolate brand portfolio and going forward, all newly launched products, both chocolate and non-chocolate, will be made without using synthetic colors or flavors.

Chipotle Mexican Grill
In another direction, Chipotle is making a huge breakaway from the restaurant industry by removing GMOs from all of its foods. It will be the first national restaurant chain to switch exclusively to non-GMO ingredients.

“There is a lot of debate about genetically modified foods,” said Co-CEO Steve Ells in a statement. “Though many countries have already restricted or banned the use of GMO crops, it’s clear that a lot of research is still needed.…While that debate continues, we decided to move on non-GMO ingredients.”

Chipotle has not yet included its beverages in the non-GMO move. Unfortunately, most fountain drinks contain GMO ingredients. But Chipotle is conducting a test in Denver of a root beer made with Maine Root that contains non-GMO cane sugar.

Ells said that Chipotle’s move to using only non-GMO ingredients did not cause them “significantly higher” costs of ingredients, nor was the company forced to have to raise prices.

“They’re setting an example for others that GMO-free can be done,” said Rebecca Spector, West Coast Director at the Center for Food Safety. 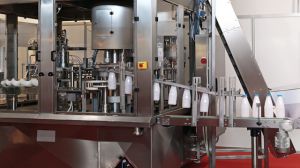 According to data from the USDA National Agricultural Statistics Service, around 80 percent of goods consumed in the U.S. are made with the use of GMO ingredients because 93 percent of soybeans and 94 percent of corn grown in the U.S. are derived from GMO strains since 2014.

Chipotle makes this move at a time when it seems other food industry giants are trying to appease the expressed concern by consumers for food and beverages without artificial ingredients. Recently, PepsiCo announced to the public that it will remove aspartame from its Diet Pepsi product. Another food giant, McDonald’s has also said it will make changes over the next two years to discontinue the use of antibiotic-treated chickens in its food products.

Are the food giants finally listening?
Perhaps some of these recent changes are not so surprising after all. As it turns out, findings revealed by the Nielsen’s 2014 Global Health & Wellness Survey stated that over 60 percent of American consumers indicated their food purchasing decisions were significantly impacted by a product not containing artificial flavors or colors.

“When consumers get concerned about one ingredient or one additive and that shows in a drop in sales, the companies go crazy and work as hard as they can to get rid of that,” said Michael Moss, author of Salt Sugar Fat: How the Food Giants Hooked Us. “They’re incredibly sensitive to sales figures. We’ve seen one company after the next reporting horrific profits. They blame it on consumers getting concerned about what they put in their bodies.”

It was also reported in the 2014 poll by Consumer Reports that 92 percent of consumers feel that labels should be required on all genetically engineered foods. So maybe these changes are the result of the food industry giants finally beginning to listen to the wants and needs of its consumers.