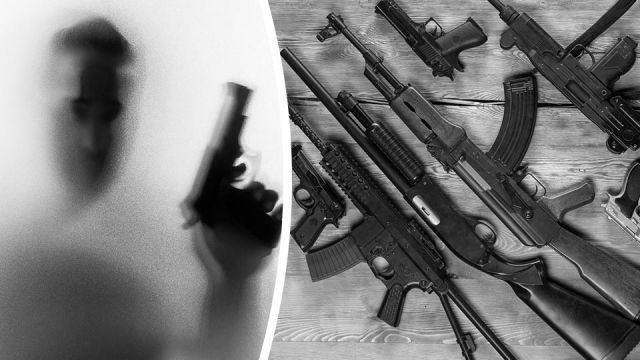 A grim act of evil swallowed up the lives of at least 59 people on Sunday in Las Vegas. Once again, people are struggling to make sense of this horrific event. What was going through the mind of the disturbed individual who killed or maimed dozens of his fellow human beings? The closer you look for their motivations, the more empty and senseless they seem to be.

Tragically, mass shootings are becoming a routine occurrence. Each of these events is unique — as are the victims — but common denominators are emerging when it comes to the psychological profiles of the perpetrators. What are five factors that mass shooters share?

Most people endure crushing setbacks and significant failures during their lifetimes. But nearly everyone can point to some important achievements and successes too. Mass shooters, on the other hand, invariably exhibit an unbroken series of disappointments, frustrations and letdowns. Typically, they may start college, a business or profession, but they typically fail at nearly everything they try.

For instance, James T. Hodgkinson, the shooter who nearly killed Congressman Scalise in June, was a portrait of failure (his business licenses had lapsed and he’d been arrested multiple times).

At first glance, Stephen Paddock, the Las Vegas gunman who killed 59 people this weekend, appears to be something of an exception to this rule. After all, news reports describe him as being a high-stakes gambler who often wagered large sums of money.

There is no official word yet if Paddock had large gambling debts or financial issues, but NBC has reported that Paddock made large transfers before the shooting and police have suggested that he may have had a gambling problem. He also had a history of suing casinos, including a suit that was dismissed in 2014.

Time will tell if gambling losses figured in Paddock’s rampage. Unsubstantiated reports suggest that he may have blown tens of thousands of dollars a day in the weeks before his killing spree. If so, it would certainly be part of a familiar pattern.

Social isolation is probably the number one common denominator that mass shooters share. Frequently, these loners are separated from their spouses (or never married, to begin with) and alienated from their families.

Stephen Paddock’s brother, for instance, was reportedly dumbfounded by his sibling’s atrocious act. But then again, he describes Stephen as someone who mostly kept to himself. Neighbors like Diane McKay agree. She described Paddock by saying,  “He was weird. [He] kept to himself. It was like living next to nothing… You can at least be grumpy, something. He was just nothing, quiet.”

Not surprisingly, Paddock was divorced, had no children and spent most of his time gambling in anonymous casinos. His rootlessness is captured by another neighbor, Donald Judy, who says Paddock’s Florida home “looked like a college freshman lived there.” In other words, there was little decor, furnishings or other personal touches that would indicate someone lived there.

In a nutshell, mass shooters lack social support networks. As a result, they do not receive critical feedback, attention or human affection, which might temper their extremist tendencies. Lacking peers that might encourage a little reality-testing, dangerous fantasies can take hold.

3. Mass shooters blame others for their failures

Typically, mass shooters never own up to their failures. Instead, they hold some group — or society as a whole — as being responsible for their lack of success.

Chris Harper-Mercer, who killed nine people at a community college in Oregon, reportedly ranted about women because he was unable to get a date. Externalization of blame is a common thread among mass killers.

Authorities found at least 19 weapons in one of Paddock’s houses and 23 in the hotel room where he carried out his deadly attack.

Not surprisingly, mass shooters are renowned for amassing arsenals of battlefield-type firearms including assault weapons, high-powered rifles and sniper gear. Psychologists Joseph Bondello and Jennifer Bosson have coined the phrase “precarious manhood” to describe the insecurity a certain subset of men feel because their efforts seem impotent and ineffective in today’s society.

In fact, studies have shown that simply handling guns can boost testosterone levels in males. It’s a reasonable conjecture that mass shooters amass weapons as a way of compensating for their feelings of inadequacy. As psychologist Peter Langman notes, “The one way they can feel like they’re somebody, that they’re a man, is to get a gun and kill people.”

There is one quality that mass shooters invariably exhibit and that is narcissism, which is a form of self-centeredness that precludes empathy for other people. According to Dr. Langman, mass shooters lack compassion. Instead, they see their victims as mere symbols for something they want to annihilate. That self-centeredness translates into a desire for notoriety at all costs — the desire to be the most famous shooter of all-time. It’s the kind of horrendous egoism that tries to devour everything it comes into contact with.

Violence is not the answer

Compassion is rooted in concern for others. It is a quality displayed in the selfless acts of heroism that we also saw in Las Vegas as some rushed to help others during the mass shooting. Ultimately, if we are to overcome mass violence we must try and foster the qualities that are opposed to it. These include empathy, social connection and a caring attitude towards our fellow travelers.

Mass shooters lash out because they mistakenly believe violence is the only answer to their misery. But the cause of humanity is advanced by those who engage in small acts of kindness. The best way to honor the lives of those who were killed in this horrible attack is to find ways to spread a little more kindness around.