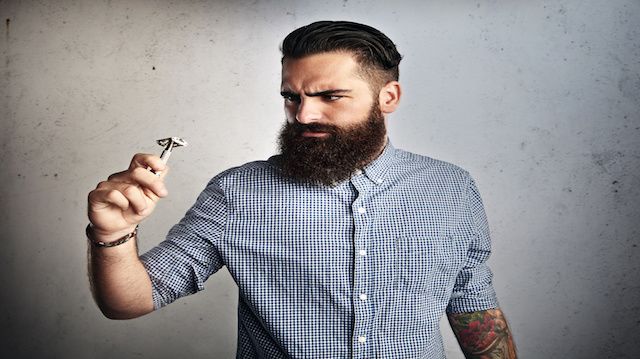 A cross-sectional study published in The Journal of Hospital Infection (2014) uncovered some unusual results after swabbing for bacteria in bearded and clean-shaven participants. The study involved 408 hospital staff, both shaved and unshaved, to compare facial bacterial colonization rates, according to the study.

The study could be significant to tracking the ever-present bacteria transferred between staff and patients in the hospital setting. Healthcare-associated infections (HAIs) affect one in 25 patients daily, according to 2011 data from the Centers for Disease Control and Prevention (CDC). In 2011, approximately 722,000 HAIs were reported, with roughly 75,000 of those patients dying during their hospitalizations, according to the CDC.

Most would guess that the bearded participants of the study would harbor more bacteria, but researchers were shocked by the study’s results. The clean-shaven hospital staff were approximately three times more likely to have methicillin-resistant Staphylococcus aureus (MRSA), an infection that is often resistant to antibiotics. This surprising finding may be attributed to “microtrauma to the skin during shaving resulting in abrasions, which may support bacterial colonization and proliferation,” according to the study.

Is it possible that beards act as an alternative bacteria mask? Well, don’t expect to see ZZ Top performing your next surgery in an attempt to inhibit HAIs.

At the height of the long-haired, bearded era, a study published in Applied Microbiology (1967) found that beards retain more microorganisms and toxins even after washing. Another study, published in Anaesthesia (2000), concluded that bearded hospital staff that were masked “shed more bacteria than clean-shaven males or females.”

However, there is still research supporting the caveman surgery style. Dr. Adam Roberts, a microbiologist at the University College London, found that Staphylococcus epidermidis in beards may be hunting and killing more harmful bacteria, such as E. coli, according to news reports.

Here are a few highlights from the 2013 HAI Progress Report, provided by the CDC’s National Healthcare Safety Network (NHSN):

Do you feel safe from infections in hospitals?