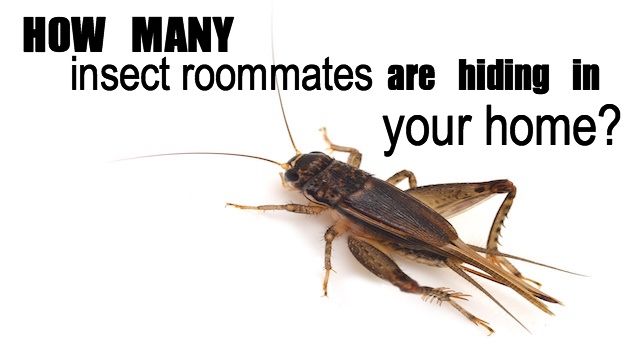 Let’s face it, not too many of us are huge fans of insects. Of course, there are people who embrace the insect kingdom and all of its wonders, but far too many of us shriek or shudder in distaste when a creepy crawly wanders by.

One place most of us definitely do not want to come face to face with bugs is inside of our own homes. Despite this aversion, it may be high time for all of us to join the ranks of those who embrace insects as the fascinating creatures that they are. A new study, recently published in the journal PeerJ, has found that there are over 100 types of bugs in the average home.

For the study, researchers led by entomologist Matt Bertone of North Carolina State University checked all “visible surfaces” in 50 homes in Raleigh, North Carolina. The homes were randomly selected, and ranged widely in age and square footage. Homes as new as seven years old, and as old as 94 years, were studied, and the square footage ranged from 840 to 4,833 square feet.

On the study, Bertone stated:

“This was exploratory work to help us get an understanding of which arthropods are found in our homes. Nobody had done an exhaustive inventory like this one, and we found that our homes host far more biodiversity than most people would expect.”

During the six-month study, the researchers collected about 10,000 individual bugs, from 554 rooms. The average Raleigh home was found to have approximately 121 easily recognizable arthropod species. Flies were the most commonly found insect, followed by beetles, spiders, ants, bees and wasps, lice, and “true bugs.” Don’t worry, the lice only accounted for four percent of the findings.

Before you get too grossed out, the study authors explain that, “many species we found were unexpected, unnoticed by residents until they were collected, and play no pestiferous role in human houses.”

Adding to this, Bertone stated in a press release:

“While we collected a remarkable diversity of these creatures, we don’t want people to get the impression that all of these species are actually living in everyone’s homes. Many of the arthropods we found had clearly wandered in from outdoors, been brought in on cut flowers or were otherwise accidentally introduced. Because they’re not equipped to live in our homes, they usually die pretty quickly.” 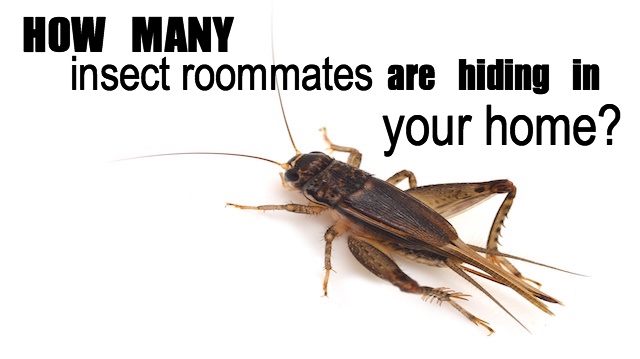 The study authors also add that many of the insect species found were beneficial. We all know that house spiders eat flies, as well as mosquitoes and moths. Centipedes, while irksome or downright scary to many, actually help a lot too, by eating silverfish, earwigs, and cockroaches.

So, now that we know about our hidden house guests, and their rather large gatherings in our homes, what’s the future of this research? Entomologist Michelle Trautwein, co-author of the study, explained:

“Now that we have a better idea of which species are most common in homes, we can focus on studying them… And we can also begin to explore their traits to see if they share evolutionary characteristics that have made them better suited to live with humans.”

This sounds like fascinating research indeed. For those that are still creeped out by all the bugs, remember that they’re just a part of nature — it’s their planet, too!