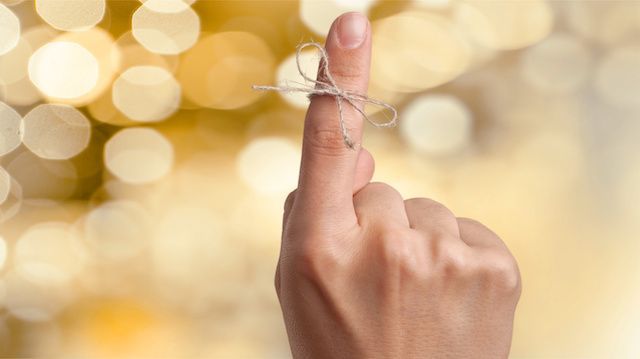 Wish your memory was as sharp today as it was when you were younger? What if there were specific things you could do to improve your memory? Read on to find some simple strategies that could make your brain sharper and memory stronger.

The book may be better than the movie, but what’s the advantage of reading when you can see the movie in less time? Similar to your muscles, your brain benefits from a good workout. And reading makes your brain work harder than processing images or speech.

“Even though the participants were not actually reading the novel while they were in the scanner, they retained this heightened connectivity,” says neuroscientist Gregory Berns, lead author of the study and the director of Emory’s Center for Neuropolicy. Researchers call that “shadow activity,” which is similar to muscle memory. Reading keeps your memory sharp, learning capacity agile, and your brain healthier as you age.

A six-month randomized controlled study compared resistance training, aerobic training or balance and tone in 86 women aged 70 to 80 years with subjective memory complaints. Memory tests were conducted on participants before and after the trial completion. Researchers found that those participating in aerobic training had improved memory function after six months.

Additionally, groups showed improved spatial memory performance under the most difficult conditions, where they were required to memorize the location of three items. What this means is that exercise can positively affect cognitive functioning and may provide an effective solution for improving memory in people who have begun to experience memory loss. So, staying in shape doesn’t just keep your tummy tighter, it also tightens your memory.

Do eat a healthy diet

A marbled steak can be flavorful, especially charred on the barbeque and served with a loaded baked potato. It’s no surprise, though, that fatty food can be bad for your memory, suggests a study conducted by researchers at Brigham and Women’s Hospital. Study participants who ate the most saturated fats from foods, such as red meat and butter, performed worse on tests of thinking and memory than women who ate the lowest amounts of similar fats. Higher saturated fatty acid intake was associated with poor verbal memory, whereas higher monounsaturated fatty acid intake improved verbal memory.

Healthy fat such as flax seeds, walnuts and avocados help fight inflammation throughout the body, including the brain. These superfoods are great sources of DHA omega-3 fatty acids, natural phytosterols and antioxidants, shown to actually reverse brain aging. DHA, in particular, is a type of omega-3 fat that boosts brain function and promotes brain healing.

Up your veggie intake and eat your broccoli and cauliflower. Both are good sources of choline, which boosts cognitive function, improves the memory, and lessens age-related memory decline. Also, include leafy greens in your diet. B vitamins such as folic acid, B6 and B12 help lower your risk for dementia, suggests Harvard Health. Now that’s food for thought.

Don’t load up on sugar

A University of California, Los Angeles (UCLA) study suggests that a steady diet high in fructose can damage your memory and learning. The study, published in the Journal of Physiology, investigated the effects of high-fructose syrup, similar to corn syrup, used primarily in soft drinks and processed foods.

Researchers studied the behavior of rats who were fed a steady intake of concentrated fructose, (which is not the same as naturally occurring fructose in fruits). The rats, high on fructose solution for six weeks, were then tested to see if they remembered their way out of a maze. Not surprisingly, the rats showed significant impairment in their cognitive abilities and struggled to remember their way out of the maze. In addition, they were slower and their brains showed a drop in brain cells signaling each other. It appears that the rats could not think clearly or recall the route they’d learned six weeks earlier. Sugar may be sweet, but too much will greatly diminish your intelligence.

Do get enough sleep

Next time you decide to stay up late memorizing your speech or studying for that exam, hit the hay instead. According to research, sleep plays an important role in memory, both before and after learning a new task, suggests the Division of Sleep Medicine at Harvard Medical School. Lack of adequate sleep doesn’t just make you grumpy, it will also affect your motivation, judgment and perception of events.

Sleep, learning and memory are complex phenomena, suggest researchers at Harvard. However, animal and human studies suggest that the quantity and quality of sleep you experience affect your memory and how you learn.

A good night’s sleep improves your ability to learn and remember in two clear ways. Firstly, sleep deprivation makes it extremely hard to focus — and being unfocused means not learning efficiently. Secondly, sleep itself has a role in forming memories, which is essential for learning and retaining new information. So, lights out — there’s a good chance you’ll remember more tomorrow if you get plenty of shut-eye tonight.