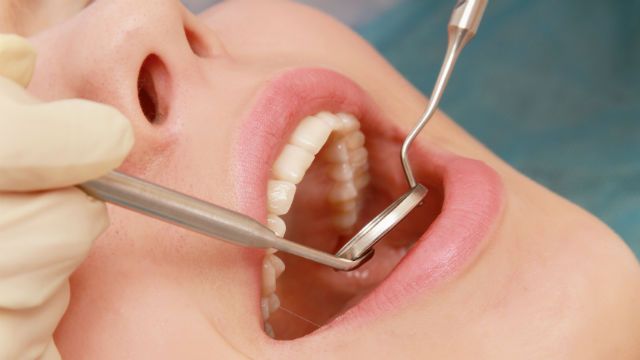 If you’re living a healthy lifestyle, but still experiencing symptoms such as headaches, fatigue, joint pain and loss of appetite, and don’t know why, it may be that your dental fillings are to blame. Amalgam fillings, also known as “silver fillings,” contain mercury, a dangerous metal that can release vapors into your system.

According to health expert Dr. Joseph Mercola, roughly 75 percent of Americans have amalgam fillings in their teeth. Dr. Mercola explains that each of these fillings can contain about 1,000 milligrams of mercury, which may be slowly released into the body when you chew.

While some argue that the levels of mercury contained in these fillings are too low to cause damage, this metal can accumulate over time, and since fillings stay in our mouths for years, damage can be done.

Mercury is one of the most toxic metals known to man. It functions as a neurotoxin, and has been linked to deteriorative effects in the endocrine, immune and nervous systems. Mercury can also lead to system-wide inflammation and oxidative stress damage in the body, which opens the door to a range of chronic conditions.

With the increasing knowledge of the toxic effects of mercury, many dentists have been switching to other alternatives for fillings, including those made from glass ionomers and resin composites. Aside from mercury, amalgam fillings can also cause eventual cracks in teeth and the requirement for more dental work, while more modern fillings have a greater ability to preserve the health of teeth.

If you have amalgam fillings already, it may be worthwhile to talk to a dentist you trust about having them replaced with a non-mercury alternative. There are many holistic dentists who practice nationwide, who are skilled in removing these fillings safely and replacing them with new fillings. You may have to do some research, but your health is worth it.

As far as the accumulation of mercury in the body, removing the fillings will go far. However, once the fillings are gone, you may wish to take some steps to detox your body of heavy metals. Check out our article on natural heavy metal detoxification.