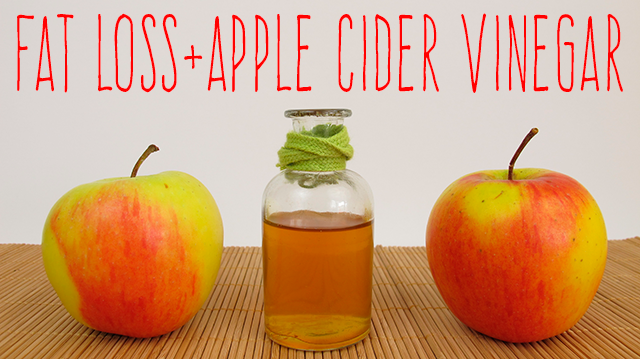 You’ve probably heard about the multitude of benefits that apple cider vinegar offers for your health, including aiding weight loss efforts. If you’re skeptical, it may be because you haven’t heard how it can help you reach or maintain your ideal weight.

While there hasn’t been a ton of research conducted, despite all of the claims about its therapeutic health purposes from decreasing the risk of cancer to lowering cholesterol, that’s really not all that surprising given that it’s a common problem for most natural therapies.

Apple cider vinegar is not something that can be patented as a cure or relief for any type of symptoms, as it’s a natural product, just like coconut oil, fruits and vegetables or any other natural food product.

Traditional uses of ACV are vast. To name just a few, it has been used to ease digestion, aid in flu prevention, reduce inflammation, regulate pH balance, alleviate allergy symptoms, ease nausea and heartburn, as a staple in detox regimens, and for a number of skin conditions, including reducing acne and smoothing wrinkles.

Known in some circles as “Mother Nature’s Perfect Miracle Food,” unpasteurized and organic ACV truly has much to offer, despite the fact that it has survived a litany of malicious sneers by those who only consider a natural substance to be a credible remedy if it has been studied over and over again, and produced “viable” scientific evidence to earn its merit.

It’s just not like that with ACV. Ask anyone why it works for them and they may tell you: “Not sure, it just does.” Now, that is not to say that there isn’t evidence for its potency and far-reaching applicability to a plethora of conditions – that exists as well, it just isn’t front and center.

It is a well-known fact that obesity is seriously hazardous to one’s health. The increased risk of type 2 diabetes, cardiovascular disease and stroke that obese individuals face has been heavily researched, and the number of obese children and adults is still on the rise.

While there is no replacement for a healthy diet and exercise to manage weight, ACV does seem to show some potential for managing hunger and weight control.

Vinegars of all kinds have been used for a very long time as a weight loss aid because they help make you feel full. A study conducted found that those who ate a piece of bread with ACV felt fuller than those who ate the bread alone.

In another study, overweight Japanese participants were grouped based on body weight, body mass index (BMI) and waist size. Members of each group drank 30 ml, 15 ml or 0 ml of this vinegar per day for 12 weeks. The people who drank 30 ml and 15 ml had lower BMI, waist circumference and visceral fat than those in the control group, who did not drink apple cider vinegar.

A study published in the Journal of Functional Foods found that sipping on apple cider vinegar before a meal can help reduce the release of sugar into the blood and improve insulin sensitivity.

The lead study author, Carol Johnston, PhD, associate director of the School of Nutrition and Health Promotion at Arizona State University, noted, “Acetic acid, the main component in vinegar may interfere with the body’s ability to digest starch.”

It’s the ability to block starch that can help you lose weight. Johnston explains, “If you’re interfering with the digestion of starch, less is being broken down into calories in the bloodstream. Over time, that might cause a subtle effect on weight.”

There have also been some studies that found drinking a tablespoon of apple cider vinegar mixed with a glass of water before meals helps to stimulate satiety and prevent overeating, but one recent study revealed that the effect may be due to vinegar’s unpalatability causing nausea, rather than the vinegar itself, per se.

If you’d like to try it, remember to only purchase raw, unfiltered organic apple cider vinegar like Bragg’s or Spectrum Naturals’ apple cider vinegar. Try mixing a tablespoon into a glass of water, ideally warm, though not too hot as that can kill its important enzymes.

If you don’t like the taste, add a sprinkle of cinnamon and/or a teaspoon of raw, organic honey. Drink a glass of the mixture up to 30 minutes before each meal.