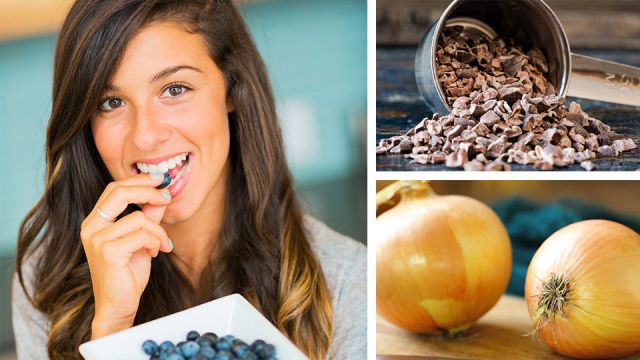 You have likely heard of the “raw food” movement, as it is believed to remedy a wide range of ailments. Although you may not want to fully transition to a 100 percent raw food diet, there are certain foods that you should always eat raw in order to maximize their nutritional value.

Whether you are in the market for no-cook meal ideas or would like to experience an energy boost, it’s time to say helllllo to raw foods. From fresh fruits and vegetables to nuts and sprouts, consuming more raw foods on a regular basis is a great way to deliver key vitamins, minerals and enzymes.

When you heat certain foods, several nutrients are essentially destroyed, including vitamin B, vitamin C and vitamin E, as well as a long list of amino acids and enzymes. The following are just some of the reasons why you should consider a diet that is heavy on raw ingredients:

It is time to give your oven and stove a rest, as you enjoy these six foods in their raw state.

You may have heard about people taking a shot of olive oil in the morning, as this daily habit is believed to reduce inflammation, improve colon health and even aid weight loss — but why raw?

Olive oil has a low smoke point and when heated to approximately 200 degrees Fahrenheit, it begins to decompose. This means that unlike coconut oil, which has a higher heat threshold, olive oil not only loses its health benefits when heated — it may actually release toxins. These findings were published in Food Chemistry.

You should also be mindful of the type of olive oil you consume, as not all varieties are created equal. The best option is an organic extra virgin olive oil, which is produced using cold-pressed methods. Once again, this helps to protect the delicate nutrients and fatty acids in the oil itself.

Unlike cooked garlic, raw garlic offers the body a rich source of allicin. This is the compound responsible for the distinct and potent smell we are all familiar with. Once raw garlic is cut or crushed, a key enzyme is activated, resulting in the production of health-boosting allicin. However, this does not apply once garlic has been cooked.

To lessen the potency of garlic, why not mince up a couple of cloves in your homemade salad dressing? Simply combine olive oil, lemon juice, garlic, a touch of raw honey, salt and pepper.

Although onions offer a rich source of nutrients when they are cooked or raw, it is believed that raw onions yield higher levels of sulfur compounds. These specific compounds have been praised for their ability to protect against cancer and heart disease while reducing cholesterol in the body.

In one study, published in Nutrition Journal, although cooking onions did not affect the polyphenolic concentration (such as flavonoids), steam-cooking did reverse antiplatelet activity. This means that raw onions are more effective at reducing your risk of blood clots. An onions ability to inhibit platelet aggregation (preventing the formation of clots) is destroyed after just three minutes of steaming.

This bright green veggie is known to stimulate the body’s detoxifying enzymes. One study in particular, found that men who consumed raw broccoli absorbed sulforaphane faster and in higher concentrations than men who ate cooked broccoli. This compound is believed to play an active role in the prevention of cancer.

If you only ever consume berries baked in muffins and pies, you are doing your body a disservice. Researchers have found that cooking or baking berries negatively impacts polyphenol levels. These plant-based chemicals are what make blueberries so beneficial.

Not only do they yield antioxidant effects, but polyphenols are also believed to improve artery function, lower blood pressure, lower cholesterol and support an improved lifespan. As stated in this 2014 study, anthocyanin levels decreased. This compound is believed to offer a wide range of health benefits, including a delayed mental aging.

Just imagine chomping away on chocolate without any guilt.

Well, when it comes to cacao nibs, you can. Unlike the processed chocolate bars we all know (and hate to say we love), cacao nibs are packed full of phytonutrients. These raw nibs are not processed and contain no added sugar.

Said to offer more antioxidant activity than blueberries and tea, raw cacao supports nerve function, digestion, enhances mood and based on its high iron content, these nutrient-dense nibs can even help prevent anemia.

From pumpkin seeds to red peppers, start exploring foods that are best eaten raw. Get creative in the kitchen — the raw food world is your oyster!