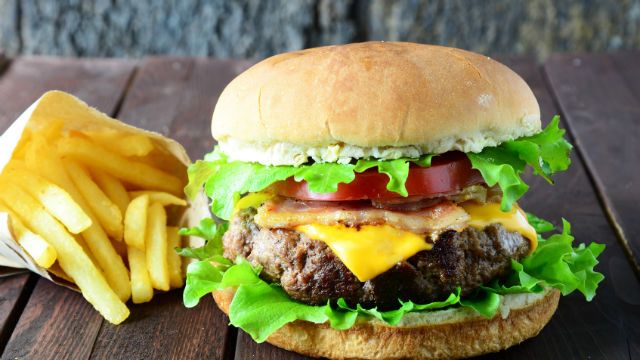 You’ve probably heard the statistics: over one-third of Americans, or 34.9 percent, are obese. The skyrocketing obesity problem has been one of the most discussed health topics in recent years, but what are the two main factors in this growing crisis?

One is fairly obvious. We’re eating too much junk, with access to cheap foods readily available in the form of sodas, fast food and processed foods. They’re everywhere – for example, those little goldfish-shaped crackers and packaged treats like the infamous Twinkie with its potentially harmful artificial dyes, preservatives and high fructose corn syrup.

But it’s not just the obvious “junk” foods, even frozen meals touted as a healthy way to lose weight are often filled with a variety of chemicals that actually contribute to weight gain, in addition to a number of health problems.

An obesity specialist and college professor in London, Jimmy Bell, cites part of the problem: human beings haven’t changed genetically, but our environment and access to cheap food has. He says, “we’re being bombarded every day by the food industry to consume more and more food,” adding, “it’s a war between our bodies and the demands our body makes, and the accessibility that modern society gives us with food. And as a scientist I feel really depressed, because we are losing the war against obesity.”

One of the biggest changes in our modern diet, Bell notes, “stems back to the 1970s when US agriculture embarked on the mass-production of corn and of high-fructose corn syrup, commonly used as a sweetener in processed foods.

This led to a massive surge in the quantities of cheaper food being supplied to American supermarkets, everything from cheap cereal to cheap biscuits. As a result, burgers got bigger and fries (fried in corn oil) got fattier.”

A recent study, published in CA: Cancer Journal for Clinicians, revealed that the main factor that has triggered the obesity problem is the food environment. The study’s lead author, Roland Sturm, says that it’s not just that food is now cheap relative to income, “it’s that it’s so much more convenient.”

But what a price to pay for convenience, considering obesity can be the root cause of a wide range of conditions including diabetes, heart disease, cancer, and an overall lower quality of life in general.

We fill our diets with too much of these junk foods that contribute to poor health, disease and a shortened lifespan, rather than eating what our body really needs to thrive: whole, organic foods derived naturally from the Earth.

What’s the other factor in the obesity crisis?

What it boils down to is too much of everything else. Not only do we consume too many junk foods and not enough real food, we’re under too much stress, we’re exposed to an abundance of toxins due to the exponential production and usage of synthetic organic and inorganic chemicals, and we now have a wide variety of modern conveniences that result in spending way too much time on sedentary activities.

You’ve probably heard the saying “too much of a anything is bad for you,” and that’s certainly true when it comes to our obesity epidemic. Even too much exercise can be harmful. While exercise in itself doesn’t cause obesity, if you overdo it, become injured and are stuck lying on the couch, it’s going to be difficult to avoid weight gain.

To fight the growing obesity epidemic, it’s obviously important to eat a healthy, nutritious diet while avoiding or at least limiting junk foods. Choose organic foods to limit the toxins your consuming, and avoid exposure to harmful chemicals in household cleaners, personal care products and other items by using natural alternatives.

Don’t let our high-tech modern world keep you from moving. Sometimes it’s best to walk rather than hop in your car to go to the grocery store or post office. Instead of driving around looking for the closest parking spot, park further back and get a few extra steps in that day.

By avoiding “too much” of just about anything, you can achieve optimal health and a slimmer waistline.