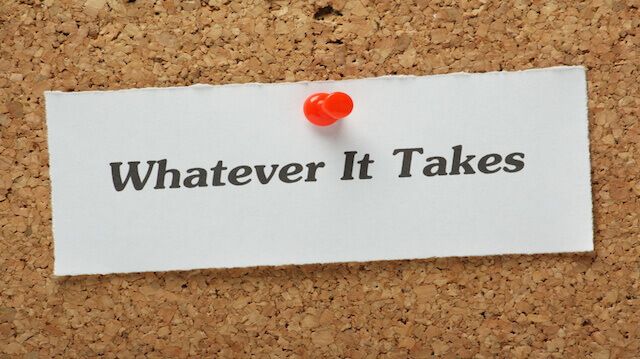 Why do some people seem destined for success while other always seem to fail? Could the answer lie in that thing we call willpower?

Merriam-Webster defines willpower as “the ability to control yourself” and “strong determination that allows you to do something difficult.” It is often referred to interchangeably with terms such as self-discipline, conscientiousness, and self-control.

According to data from the 2011 American Psychological Association’s Stress in America survey, the number-one reason people listed for their inability to follow through with change was willpower. Is that true? How important is willpower for achieving success?

A study conducted by the University of Pennsylvania examined a participation group of 140 eighth-grade students and measured their academic success in correlation with factors like self-discipline, IQ, and more. They found that self-discipline was the most significant factor over IQ on achieving academic success.

In his book, How Children Succeed: Grit, Curiosity, and the Hidden Power of Character, author Paul Tough explains, “People high in conscientiousness get better grades in school and college; they commit fewer crimes; and they stay married longer. They live longer — and not just because they smoke and drink less. They have fewer strokes, lower blood pressure, and a lower incidence of Alzheimer’s disease.”

Willpower/conscientiousness was linked to higher income and job satisfaction

A study by the National Institute on Aging reviewed correlations between extrinsic and intrinsic career success and the Five-Factor Model of personality. They found that conscientious qualities were linked with success and satisfaction.

Willpower/conscientiousness was linked to better health

Research conducted by the University of California, Riverside examined associations between personality and quality of sleep, as well as their link to a prediction of health over a lifespan. They found that conscientiousness was linked with good health and longevity compared to neuroticism.

The study authors wrote, “Conscientiousness, which describes socially-prescribed impulse control, task- and goal-oriented behavior, planfulness, persistence, and dependability, has been associated with decreased mortality risk in clinical, elderly, and healthy populations, as well as in individuals followed since childhood. People high in conscientiousness live longer lives because they engage in more health-promoting behaviors, including more physical activity, healthier diets, lower substance use, and fewer risky behaviors, and because they have more stable relationships and better integration into their communities.”

Willpower is like a muscle of the spirit. Just like muscles in the body, it can be strengthened and increased in power by regular use and exercise. If you want to increase your willpower, then you need to make regular use of the willpower you currently have.

Here are some more tips on increasing your willpower from Roy Baumeister, self-control expert and author of Willpower: Rediscovering the Greatest Human Strength:

Baumeister explains that willpower is, “what separates us from the animals. It’s the capacity to restrain our impulses, resist temptation — do what’s right and good for us in the long run, not what we want to do right now. It’s central, in fact, to civilization.”

“Willpower,” says Baumeister, “is one of the most important predictors of success in life.”

Clearly willpower plays a major role in how we live our lives and the choices we make that lead to success or failure. Have you exercised your willpower lately?