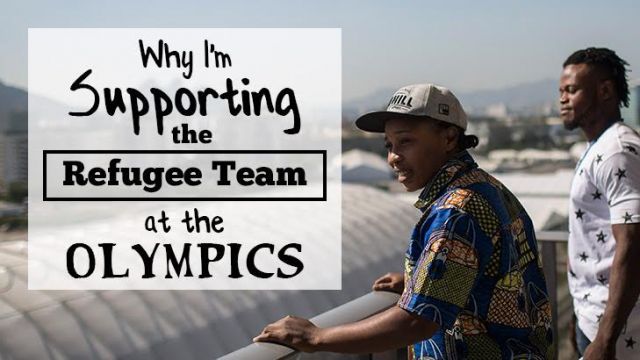 A team without a country will be competing in the Olympics in August this year. The first ever refugee team will enter the opening ceremony in the Maracana Stadium before hosts Brazil and will be participating under the Olympic flag.

The move represents recognition of refugees’ contribution to the world. It acknowledges that not everyone lives in a country with equal rights; giving such people a name and face. There are 10 million stateless people, and 65 million forcibly displaced people worldwide, according to the UNHCR.

“These refugees have no home, no team, no flag, no national anthem. We will offer them a home in the Olympic Village together with all the athletes of the world,” International Olympic Committee (IOC) President Thomas Bach said.

Refugees fleeing their homes for their lives, facing racism, attacks, year-long waits and detention when they seek asylum in Europe, the US and Australia, represent real strength and determination.

The Olympics, when not booting out homeless people near the venue, or exploiting migrants at low wages to build stadiums, is meant to represent what humanity is capable of when we put our minds to something, as well as incredible physical endurance and strength. That said, in broader society, the strength of refugees is rarely recognized or understood.

These five runners had been living in a refugee camp in Kenya when they were selected as potential Olympic competitors:

On this #WorldRefugeeDay, let this team of Olympians inspire you. #WithRefugees @Refugees #RoadtoRiohttps://t.co/M1Ot0PMahS

Living in Kenya, and studying at a school known for its runners, Chiengjiek initially didn’t have any running shoes, and had to borrow from others.

“All of us got a lot of injuries because of the wrong shoes we had,” he said. “Then we were sharing. If maybe you have two pairs of shoes, then you help the one that has none.”

In Rio, Chiengjiek isn’t just competing for himself. “By running well, I am doing something good to help others, especially refugees,” he added. “Maybe among them are athletes with talent, but who did not yet get any opportunities.”

Throughout the games, the refugees will be treated as any other team, but will have expenses paid by the IOC.

“Refugee athletes will show the world that despite the unimaginable tragedies that they have faced, anyone can contribute to society through their talent, skills and strength of the human spirit,” said Bach.

Some 33,972 people every day are forced to flee their homes because of conflict and persecution, the UNHCR states.

Over half the world’s refugees are under 18 years of age. Fifty-four percent of refugees come from Somalia, Afghanistan and Syria. The top countries hosting refugees are Turkey, with 2.5 million, Pakistan with 1.6 million and Lebanon with 1.1 million.

In total, 11,000 athletes from 206 countries will be competing at the Olympics.

Are refugees people to look up to? Will you be watching the Olympics, and if so, who will you be cheering on?
-Tamara Pearson