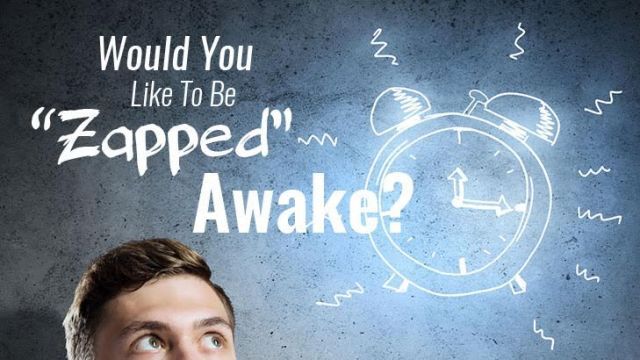 The sound of my alarm is something I dread. At 5:30 a.m., my husband and I often awake from a deep slumber, rolling around as if we’re not human. Yeah, we usually get up, but don’t get me wrong, there have been days when we’ve subconsciously turned off our alarm and slept on.

You can probably relate — that feeling of panic when you finally wake up after repeatedly pressing the snooze button in a semi-conscious state, and realize you’re going to be late. So how far would you go to ensure that you get up on time? Considering this new device is called the Pavlok Shock Clock, you can probably see where this is going.

Exclusive: Get a Better Night’s Rest With the Help of These 5 Sleep Apps

The concept of classical conditioning

While I was attending university, I studied psychology and neuroscience — an area that always has, and always will, fascinate me. In order to enjoy more specialized courses during my third and fourth year, the first couple of years focused on the basics and foundational studies.

To make a long story short, classical conditioning (based on Pavlov’s observations), is in every psychology 101 book or course out there. It is essentially learning by association; for example, when an unconditioned stimulus is followed by a loud noise, you respond by jumping or flinching.

When you experience that initial stimulus repeatedly, whether it’s a flash of light or some other cue, this now “conditioned” stimulus teaches you to avoid it — a conditioned response. To put the theory into practice, let’s check out this new alarm clock.

What is the Pavlok Shock Clock?

As the name implies, this new alarm clock is a wearable device that wakes you up with a slight electric zap. Although the zap serves its purpose — ensuring you get up on time — its makers claim it does more than “remind” you to get up. They say it will actually train you to wake up on time.

The device allows you to preset an alarm time, just as you would with any other alarm clock. For those who don’t require a jolt in the morning, the device also includes less shocking options.

First, there’s the “vibration” mode, which is a silent alarm that will vibrate on your wrist. Next, you have the “beep” option — so if you do not wake up after a set amount of time, your alarm will become loud and irritating. The last option is “zap,” which is meant for days when you really need to wake up on time.

Once you experience a few zaps, your body will essentially be “trained” to wake up before you experience this morning jolt. First, your brain begins to recognize the pattern — there’s a vibration, then beeping, then a zap. The makers of the device claim that after a few days, you will wake up to the vibration alone.

Although this idea appears to be quite foreign, it’s not the first of its kind. In 2014, the same makers launched a Pavlok device in the form of a wristband that was designed to break bad habits. Whether people wanted to cut down on sweets or cigarettes, the device provided a mild electric shock to curtail a particular habit.

Following the introduction of the wristband, a Pavlok alarm clock app was launched. From there the newest option, the Shock Clock, was developed — including a motion tracking feature so that you cannot cheat. Although it appears that numerous customers are happy with the product, I personally wouldn’t shell out $99 for this device.

I am going to stick with my annoying morning alarm, a decent bedtime, and a cup of black coffee — that’s the only morning “jolt” I need.

Are you someone that struggles to get out of bed in the morning? If so, would you consider this new device? The Shock Clock is definitely an interesting product, so please feel free to share your thoughts below.