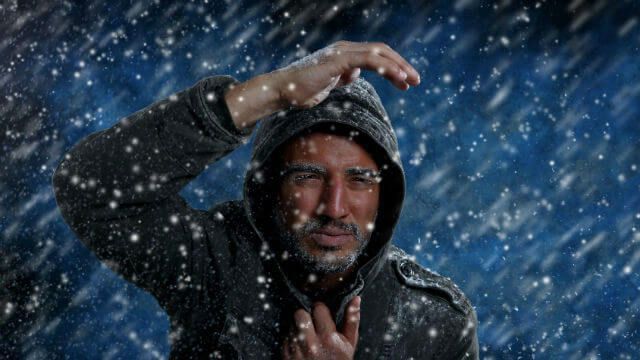 Have you met Astro, Venus, Pandora, Frona, or Thor? Perhaps you got really up close and personal with Eris, Cato, Wolf, or Linus… or, maybe you are still cleaning up from the mess Juno left in your life!

Sound like the cast from an eclectic ancient Romans-meet-modern-day-superheroes movie, right? Actually, these are just a handful of the 26 (Weather Channel) – named winter storms for the 2014 – 2015 season.

These tough guys and gals have caused some serious disruption, and putting a name on them seems to have done about the same for reasons we were not really sure of, until we did some digging.

Everyone knows about the practice of naming tropical storms and hurricanes. It is an accepted part of weather forecasting, and has in fact been used regularly since 1953. The storms are named in order to prevent confusion (if more than one storm is coming), and to clearly communicate which storm is being referred to. All well and good, right?

Well, it seems that tropical storms and hurricanes having names wasn’t good enough for The Weather Channel. They took it to the next level when they started giving winter storms names in 2011.

While there is no outward objection to naming tropical storms and hurricanes, this is not the case with winter storms. This “seemingly” innocent practice has been met with extreme controversy and disputes. We were just slightly surprised by the actual uproar this has caused.

Now, according to The National Weather Service, winter storms are not technically supposed to get names. But, in 2012, The Weather Channel decided to change all that and began to name blustery bursts of cold air and loads of wintry precipitation.

While The National Weather Service highly objects to the naming of winter storms, The Weather Channel seems determined to keep the “so called” scientific practice up, stating that naming storms makes it easier to communicate about the storms. Why else would they name them?

“Our goal is to better communicate the threat and the timing of the significant impacts that accompany these events,” The Weather Channel wrote, quite reasonably. “The fact is, a storm with a name is easier to follow, which will mean fewer surprises and more preparation.”

But, according to their archrivals:”The National Weather Service does not name winter storms because a winter storm’s impact can vary from one location to another, and storms can weaken and redevelop, making it difficult to define where one ends and another begins.”

It does seem that winter storms can be just plain messy and terribly hard to predict – even more so than tropical storms and hurricanes.

Oh no, not a marketing ploy?

We are used to big name food manufacturers getting by with anything they can on labels, in ad campaigns, etc… just to get us to purchase their products, but what in the world would The Weather Channel have to gain from personalizing winter storms?

According to some, a great deal. In fact, the buzz we gathered from the “street” is that The Weather Channel is sensationalizing these storms to gain more viewers, and that there really isn’t any foundational science behind their actions at all.

Even some weather experts, the well-read New York Times, and many other media outlets refuse to use the names, stating that naming snow storms like you would hurricanes is just plain inappropriate, and could lead to more confusion for the general public than anything else.

Let’s face it, if this is a marketing ploy it is a pretty smart one. After all, who doesn’t get more into things with names? Isn’t it that much more dramatic to refer to the ten feet of snow in your driveway as “Juno” rather than “that big snowstorm?” When we put a name to a storm it intensifies our emotions about it…. plain and simple.

The name game, as some are referring to it as, is trending on Twitter, monopolizing Google searches, and even earning high rankings on Facebook and other social media outlets. Think about it, even if the attention is negative, it is still attention. 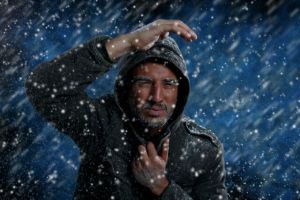 What are we to learn from this?

There is a lesson to be learned here that no matter how “cute,” “fun,” “stupid,” or “crazy” you think the whole winter storm-naming is, whether you think it is scientific or highly capitalistic, just remember to always be aware that business is business. And, as long as there have been and will be businesses – they have only one goal in mind (we bet you can guess what it is).

This is true for food, consumer products, and perhaps, it seems…. even The Weather Channel.