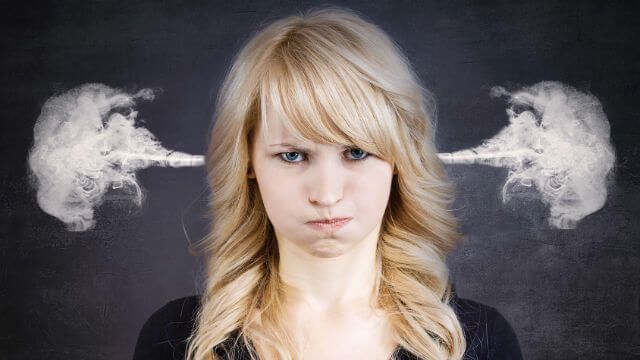 The culture of American living focuses a great deal on anger management and suppressing negative emotions. However, recent research suggests that cultures where anger is expressed may be healthier.

Studying the effects of anger on the body

To accurately measure the differences between anger expression and general health, a study was recently done by the University of Michigan and published in the journal Psychological Science. The study compared data from American participants taken from the Midlife in the United States (MIDUS) survey against data from Japanese subjects taken from the Midlife in Japan (MIDJA) survey.

Biomarkers for cardiovascular functioning and inflammation were used as a health measurement to establish an overall biological health risk. Researchers also looked at measurements for different aspects of anger, such as expressing angry feelings verbally or physically with behaviors that are aggressive.

One of the main researchers, psychological scientist Shinobu Kitayama said, “the association between greater anger and compromised biological health, taken for granted in the current (Western) literature, was completely reversed so that greater anger was associated with better biological health among Japanese.”

Is it the anger itself, or other causes of frustration?

Kitayama and his colleagues speculate that perhaps it is not the anger itself, but the circumstances giving rise to it, that actually influence biological processes and increase health risks. Perhaps it’s factors like poverty that cause frustrations, which pose a real risk to health. This led Kitayama to question whether expressing anger is a sign of privilege and high social status in Asia, which could explain the better overall health among Asian individuals.

To illustrate this point, Kitayama recalls a recent event that took place on an airplane in Korea that was heading to Seoul. One of the passengers on that flight, who is the former vice president of the airline, was erroneously served a bag of macadamia nuts and became enraged. In her outburst, she ordered that the plane be flown back to the airport gate so that the flight attendant who was responsible could be removed from the flight.

This is exactly the type of display, says Kitayama, that is often seen in the presence of power and privilege, which appears to be linked with improved health.

Perception seems to play a role

The interpretation of the findings would suggest that the connection between the expression of anger and overall health is directly affected by cultural context. For Americans, it seems that when anger is expressed, it is usually attached to the experience of negative events. However, in Japan, it seems to reflect when an individual feels entitled and empowered.

Although more research needs to be done on this, it is an interesting juxtaposition, indeed.