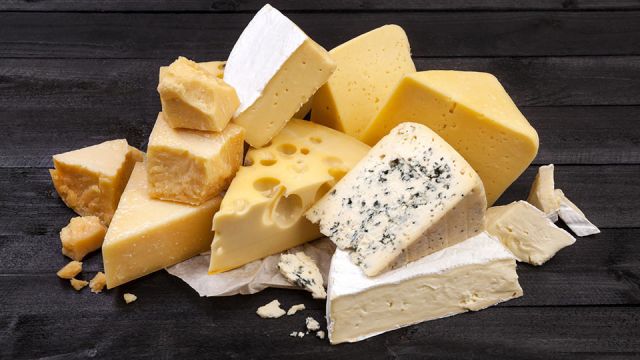 When it comes to health claims in the media, it’s often difficult to sort fact from fiction. Article headlines boldly describe how this fruit or that vegetable can cure anything from cankers to cancer, often dubbing said edible a “superfood” for dramatic effect.

Having run the numbers, I’m certainly a believer in fresh produce as a mainstay of health and nutrition — certain foods can indeed be considered “super,” offering impressive quantities of antioxidants, vitamins and minerals. But every now and then, I’m forced to raise an eyebrow and question the validity of an overzealous health claim.

One of these moments presented itself as I was scrolling through The Independent the other day. I found myself reading an article based on a supposedly groundbreaking study which found that a certain type of cheese can make you live longer. Being a great lover of cheese, especially full-fat cheese from grass-fed cows, my interest was piqued. Was there any legitimacy to the claim? Could cheese be mankind’s answer to the elusive elixir of youth?

The article in question

The study, which was published in the Journal of Nutrients, examines the role of probiotics and prebiotics in promoting recovery from metabolic disorders. Following a meta-analysis of various gut microbiome studies to date, the authors concluded that altered gut microbiota (through things like hormone replacement therapy, antibiotics and diet) can increase one’s risk of developing metabolic disease, while probiotics and prebiotics can protect against this unwanted development.

All well and good: probiotics and prebiotics are good for your health — no-one is disputing that claim. But nowhere in that article did I see any mention of Swiss cheese, specifically the Emmental and Gruyere varieties, being a potent anti-aging food.

So were we simply being fed lies?

Not exactly. I did a little more research, and it seems that there certainly are some positive health effects from eating Swiss cheese.

It turns out that cheese, and in particular Swiss cheese, contains a beneficial probiotic called Propionibacterium freudenreichii. This probiotic is used in the making of various dairy foods as a starter culture and biopreservative.

In recent years, research into the Propionibacterium freudenreichii strains in cheese has found that it provides a wide range of highly beneficial roles in the human body. According to a 2015 study published in the Journal of Proteomics, this probiotic “is known to adhere to intestinal epithelial cells and mucus and to modulate important functions of the gut mucosa, including cell proliferation and immune response.” Considering our existence very much depends on both cell proliferation and our immune response to anything that enters the body, I’d consider that an important role indeed.

The good news for cheese doesn’t stop there. A study published this year in the Journal of Microorganisms found that the Propionibacterium freudenreichii in cheese and other dairy products are “producers of nutraceuticals and beneficial metabolites that are responsible for their versatile probiotic attributes include short chain fatty acids (SCFAs), conjugated fatty acids, surface proteins, and 1,4-dihydroxy-2-naphtoic acid (DHNA). These metabolites possess beneficial properties.” That all sounds very desirable.

Yet another study showed that eating dairy products like cheese help to increase the gut’s absorption of beneficial probiotics like Propionibacterium freudenreichii, by lowering the stress imposed on those helpful little guys as they make their way through the digestive tract. This, in turn, can increase the anti-inflammatory properties of both probiotic supplements and fermented foods.

The health benefits of Swiss cheese

So the big question remains: can Swiss cheese make you live longer? The preliminary evidence suggests that it can. Largely on account of its high concentration of the probiotic Propionibacterium freudenreichii, Swiss cheese varieties like Emmental and Gruyere can boost immunity, reduce inflammation, improve cell proliferation and increase your absorption of other beneficial probiotic species.

Aging is caused by many things: one is an increasing inability produce new cells, another is an underactive or confused immune system that either fails to protect the body or begins to mistakenly attack your own cells, and yet another is chronic inflammation. Because Swiss cheese can help with all of these undesirables, by association it can also improve your chances of living longer.

That’s a big win for Swiss cheese, in my books!

Getting the most health benefits from your cheese

But while Swiss cheese undoubtedly has its benefits, I’m under no illusion that it’s the healthiest cheese out there. Cheese is a dairy product, and when it comes to dairy, fat is king… specifically, saturated fat.

Now, if you haven’t yet jumped on the saturated fat wagon, be sure to do some background reading. Despite what you’ve been told, it’s simply the bee’s knees when it comes to your health. With this in mind, the higher the saturated fat in your cheese, generally the healthier it is for you. And Swiss cheese is at the lower end of the saturated fat spectrum.

For this reason, I tend to gravitate towards the higher fat cheeses like cheddar, stilton and other hard cheeses. They’re tastier, healthier, keep you fuller for longer and are loaded with heart-healthy vitamins like vitamin A, vitamin D, vitamin B12, calcium, selenium and zinc. They’ll also contain varying concentrations of our probiotic friend, Propionibacterium freudenreichii.

So next time you pass the low-fat dairy section in the supermarket, you know what to do: avert your eyes and walk away!