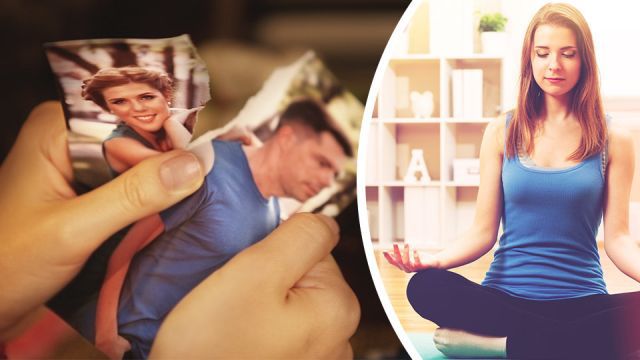 Your devastating breakup feels like a bad dream and tomorrow you hope to wake up and feel whole again. The truth is, breakups can be paralyzing, overwhelming and emotionally draining — like experiencing a death. One of the most devastating breakups I experienced left me so numb I felt physically ill for days.

I’d invested so much energy and love into the relationship, and suddenly it was over. I’d lost a best friend and felt like a deer caught in headlights. But life goes on. Eventually, I picked myself up and gained my clarity back. In the end, I learned some valuable lessons and, most importantly, how to love myself again.

Don’t be so hard on yourself

A devastating breakup not only leaves you heartbroken but can also flush your self-esteem down the toilet. For me, my devastating breakup lacked closure, leaving me unable to move forward. I second-guessed all that I had said and done, which, in my mind, ultimately led to the demise of the relationship. But the truth is, it really doesn’t matter what was said or who ultimately ended the relationship.

According to Bruce Derman, psychologist and author of “How to (Finally) Get Over Your Breakup and Move On” the breakup was not a mistake, but merely a reflection of you and your ex. If your ex feared commitment, then it’s no surprise that he or she came on strong at the beginning of the relationship and then faded away just as fast, suggests Derman. In other words, “it is what it is.” There’s no point in blaming yourself; learn from the experience and move on.

Fill the void with your passions

For me, nothing was more cathartic after my breakup than immersing myself into my passions — painting and writing. Not only did I enroll in a watercolor class, but I also started writing my first novel. Instead of coming home each evening dragging my feet and reliving my relationship woes, I dove into my passions. Think about what makes you tick and jump in with both feet.

A little exercise can go a long way to boost your mood. And we’re not talking extreme workouts, seven days a week. A study from the University of Connecticut found that people who led sedentary lives and engaged in light or moderate physical activity showed the greatest improvement in overall sense of well-being. Study researchers also found that there was no additional emotional benefit gained from working out aggressively. Unless, of course, you want to flaunt that body (wink). So, when you’re feeling blue over your lost love, just get out your walking shoes to improve your mood.

Don’t drown your sorrows in booze (or other vices)

It’s so easy to do — going out drinking with friends to drown your sorrows. Many of us have done this after a breakup, to escape the never-ending brain babble. While a glass of wine and a shoulder to cry on is okay, finishing the entire bottle and then following it with shooters and shots of tequila is not. It’s easy to want to numb your emotions, but alcohol is a depressant. And in my experience, excessive drinking after a breakup does nothing more than exasperate the pain, create tears, anger and “drunk dialing” at a grossly inappropriate hour that will do little for your self-esteem.

Practice a little mindful meditation instead

All day long your mind is engaged in continuous internal chatter. One thought triggers the next. A sad song plays on the radio and suddenly you’re thinking about your ex-boyfriend or ex-girlfriend. Mindfulness meditation is a great tool. It helps quiet the mind’s stress-inducing and emotionally-charged thoughts, and moves you into a more peaceful and clear present moment. Meditating gets me through many of life’s upsets. It was particularly useful during my devastating breakup.

But you don’t have to take my word for it. Science is continually releasing studies that suggest mindful meditation heals the mind, body and soul. A study in the journal Sleep found that mindful meditation helps relieve chronic sleep problems. Another study from Harvard Medical School found that the act of meditating actually increases the thickness of your prefrontal cortex, the area of your brain associated with self-awareness.

Meanwhile, another Harvard Medical study found that meditating can help relieve symptoms of general anxiety disorder. So, if you’re looking for relief from the fearful, angry or painful thoughts that continually flood your mind during a breakup, then give mindful meditation a try.

Distance yourself from your ex

This may be the hardest thing to do, because generally after a devastating break up all you want is to find out what they’re up to, and of course, see if they’re missing you as much as you’re missing them. But it’s best to cut all contact with him or her after the breakup. That means no texting, calling or even stalking his or her social networking pages. Your ex may have moved on a lot faster than you did, and that could open more wounds. Loving yourself begins by letting go and moving on. Eventually, you may be able to be friends again, but that usually requires some distance first.

Be a better person

Don’t get caught up in all the drama that often surrounds breakups, like wanting justice or even revenge. That’s just a waste of your energy. As my mother used to say, hold your head up and be classy. Don’t call or text, seek revenge or bash your ex on social media  — telling friends how stupid he or she was for leaving you. You’re better than that. Stay calm, cool and focused. Show your ex, friends and the world that loving yourself is really where it’s at.