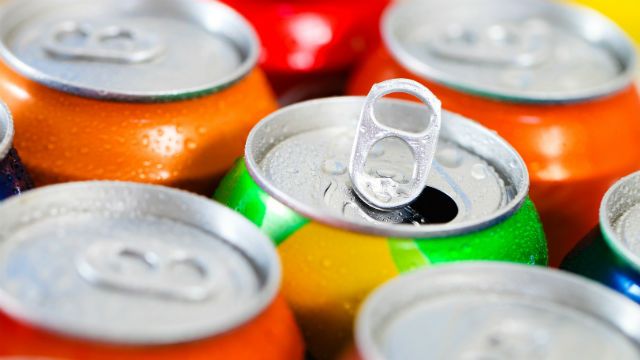 However, researchers from the University of Illinois in Chicago found that the absence of soda vending machines did not reduce the amount of soda that high school students drank, especially if they had other ways of accessing it at school.

In this new study, researchers surveyed the soda and fast food consumption habits of 8,245 high school students across 27 states. They analyzed whether soda vending machines were available in these schools, whether each school banned soda altogether and what part state taxes on soda might play in the equation.

Results of the study showed that in schools which housed soda vending machines, 23 percent of students drank one or more sodas per day, as determined through self-reporting.

However, in schools where students did not have access to vending machines, but still had access to soda in the cafeteria or school stores, or paid less for soda due to state taxes, 28 percent drank one or more sodas per day.

Additionally, researchers observed that students that did not have access to soda vending machines reported eating more fast foods, especially if state sales taxes on these foods were low.

The frequency with which kids and adolescents drink soda and consume fast foods is highly disturbing, because both of these are strongly linked to both the obesity epidemic and the rise of type 2 diabetes rates, heart disease rates, and instances of other chronic illnesses.

Furthermore, as we previously reported, animal studies have shown that caffeine consumption by adolescents may delay brain development and interfere with deep sleep cycles.

The University of Illinois study highlights the fact that a minimal change in soda access – such as removing a vending machine – may actually be counterproductive. What is the point of removing the vending machine if teens can still buy soda at school? In order to influence what teens consume at school, major changes must be made, not just adjustments in which part of the building a soda can be purchased.

According to the study authors, “isolated changes to the school food environment may have unintended consequences unless policymakers incorporate other initiatives designed to discourage overall soda consumption.”

The bottom line? Schools – and parents making food purchasing decisions in the home, for that matter – need to make significant, encompassing nutritional changes if they wish to see any improvement in teens’ food and beverage choices.