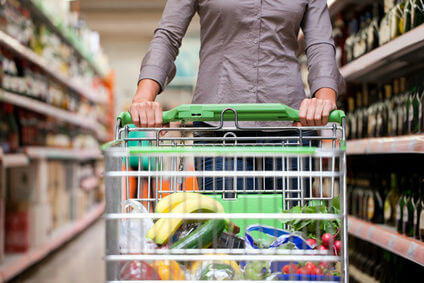 Browsing through grocery store aisles, our ears are often met with cheerful, rather generic pop music, intermittently interrupted by various announcements. Farmer’s markets often surround us with different sounds, from the noises of the street to any local bands that may be performing.

As individuals obviously have different musical preferences, some people will gravitate towards certain background music more than others. However, can the music we hear while shopping actually influence what we buy?

In a study scheduled to be published in 2014 in the Journal of Consumer Research, Hao Shen of the Chinese University of Hong Kong and Jaideep Sengupta of Honk Kong University of Science and Technology set forth to find answers to this very question by performing a series of experiments.

The researchers found that when shoppers were standing in the middle of an aisle, and an announcement was heard on either the right or left, they were more likely to gravitate their attention towards the sound, and choose an item on the side that the sound was coming from.

This was found to be especially true when the sound was pleasing or interesting. In one set of studies, the researchers showed two pictures of restaurants – one on the right and one on the left – while either pleasant or unpleasant music was playing from alternating directions.

The researchers observed that while attention was initially drawn to the direction that either kind of sound was coming from, if the unpleasant music was played for a longer period of time, the volunteers preferred the picture of the restaurant on the side that this music was not coming from.

This phenomenon is very telling of the types of auditory manipulation often used by advertisements and retailers to draw attention to certain products. One example is when music within a store is playing directly from a centerpiece advertising a new processed snack.

The good news is, becoming aware of how sounds can influence our purchases can make us mindful of this process, and help us resist our cravings. If you are walking down a grocery store aisle and find yourself drawn to an unhealthy item in the direction of your favorite song, stop, and remember that it’s just the music, not the item, that is calling your attention.