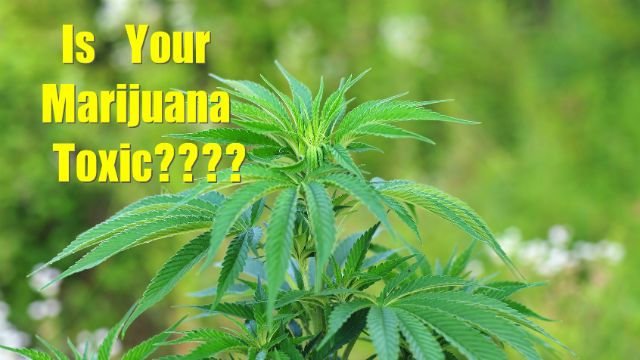 Chris Van Hook is an organic farm inspector in California. Back in 2004, he wanted to determine if a certain farm was producing organic medicinal marijuana. He had inspected three other farms prior to this, until he learned that since the federal government does not recognize the crop, marijuana could not be granted the organic label.

There is now, however, an inspection service known as Clean Green which sets out to certify marijuana as organic. The goal of this service is to ensure that all marijuana is farmed both ethically and safely.

Why should marijuana be guaranteed organic?

While medical marijuana is typically better quality than the marijuana sold on the streets, there are still no guarantees that it is not laden with chemicals, toxins and other impurities. Those farming marijuana can add commercial-grade synthetic insecticides and fertilizers like Diazinon and phosphates to the crops.

If these chemicals are not used exactly as indicated, the results can be toxic. There is also the risk for toxic mold and other impurities leeching onto the plants and potentially causing health effects in those who use the marijuana that comes from the crop.

It is not uncommon for marijuana to be contaminated with various chemicals, which are used to promote the growth of the plant. There are no real rules yet for what growers can and cannot use to grow their plants. This means that growers have the freedom to use anything that they want to encourage larger crops.

In Los Angeles, scientists collected samples of medical marijuana to test them for chemicals. Some samples contained 1,600 times what is considered the legal digestible amount for pesticide residues. Many of these residues came from products that should not have been used to grow marijuana at all.

Individuals who are prescribed medicinal marijuana already have health issues, and are therefore oftentimes more vulnerable to the pesticides. This is especially true when it comes to people who are suffering from liver disease.

Marijuana is just like all other crops when it comes to the potential dangers of non-organic farming methods. It has the potential to be coated in toxic substances that can make people sick, or sicker if they already have a health condition.

This is why services like Clean Green are so important – they help to ensure that medicinal marijuana can provide its maximum intended health benefits, without the risk of toxic exposure.