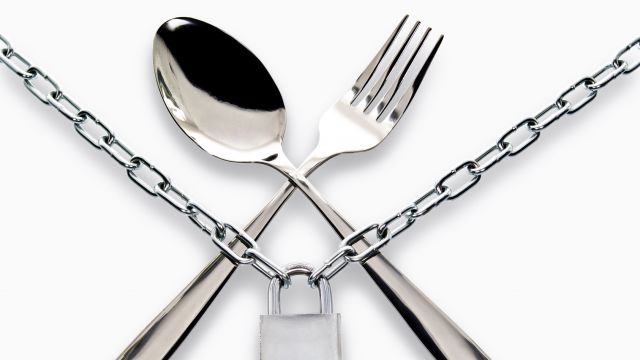 ‘Breakfast is the most important meal of the day.’ ‘Eat six small meals a day to boost your metabolism and lose weight.’ These ideas and others like them are accepted as common knowledge in health and weight loss circles. But what if eating less frequently—even fasting—was the key to weight loss and better health?

Well, that is exactly what people who practice ‘intermittent fasting,’ claim to be the case. And they’re not the only ones. A number of recent health studies have shown that intermittent fasting might help not only with weight loss, but also with other modern diseases including diabetes, heart disease and cancer.

Here’s what you need to know about the practice:

Intermittent fasting occurs when, rather than eating 3 or more regular meals throughout the day, you allow yourself to eat only during a limited window. For example, an intermittent faster may only eat between the hours of 12 pm and 8 pm, or in more strict fasters, only eat every other day. The idea behind it is that the time and frequency of eating is even more important for health and weight loss than the amount of calories you take in.

The concept has its base in ideas about human evolution. The most common eating pattern in most societies today is 3 meals + snacks, but some evolutionary scientists believes that this is a very new way of eating. In the past, humans would go for long stretches without food while hunting and gathering, and only eat ‘intermittently.’ This indicates that humans may have evolved to be able to thrive on a highly irregular eating schedule.

Although the method may sound rather extreme to our modern sensibilities, there is a growing body of evidence that suggests intermittent fasting is both safe and highly effective. Many studies have demonstrated its benefits in animals, which include fending off and reversing illnesses such as diabetes, cancer, heart disease and neurodegenerative disorders – and studies in humans are also becoming more numerous. A 2013 review of studies on intermittent fasting in humans suggested that intermittent fasting has been shown to reduce inflammation, reduce blood pressure, improve metabolism, reduce LDL and total cholesterol levels, prevent or reverse type 2 diabetes, protect against cardiovascular disease and lead to significant amounts of weight loss.

If the method sounds appealing to you, remember: it’s best to start slow. The first week, get used to only eating within a 10-hour window, between 9 a.m to 7 p.m for example, and not snacking or grazing outside of that. The second week, see if you can reduce your food intake to an 8 hour window, for example, between 11 a.m to 7 p.m. Some people eventually reduce even further to a 6-hour window, or to only eating every other day, but that’s something to experiment with once your body gets used to smaller changes in your eating schedule. It’s possible to experience significant weight loss and other benefits when you’re on the less extreme, 8-hour eating schedule.

An important note for women: Very little of the research done on intermittent fasting has been done on women, and one of the only studies that has been done suggested that Alternate Day Fasting (eating every other day) could have an unfavorable effect on glucose intolerance in women. Some women have also reported experiencing worsened sleep, as well as unwanted changes related to their fertility levels and monthly cycles. All of this suggests that men may benefit from the practice more than women. It’s important that women who try intermittent fasting be more careful not to take the practice to the extreme, perhaps sticking to a more flexible eating schedule of 10 hours per day.

Whether you’re a man or a woman, if you’re considering trying this method, be sure to take it slow, listen to your body, and consult a health professional before you make any big changes.