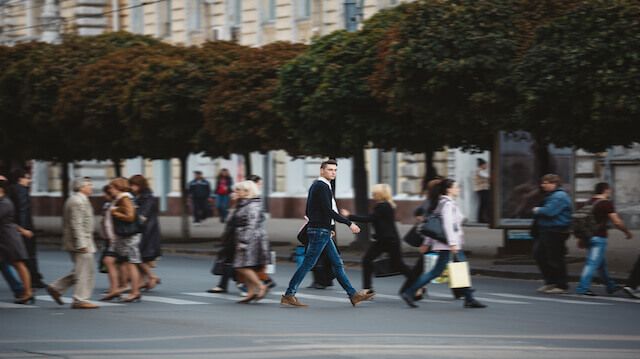 If you have ever passed a stranger and thought they looked oddly familiar, there is a good chance they might be a distant cousin. Researchers at AncestryDNA recently performed an analysis of the British population and came up with some surprising estimates.

The odds of passing distant relatives every day is surprising

AncestryDNA is a “new genetic analysis service from the genealogy website Ancestry. Using computer modeling to calculate factors in family sizes and shifting birth rates in a 200-year period, they estimated a typical Briton could unknowingly have 193,000 distant cousins in the world.

Genealogists with AncestryDNA are saying that in large cities with booming international populations, bus passengers may unknowingly travel with a distant relative once in every four trips they make.

The odds may be even higher when traveling in the subway system. Traveling on the tube or railway system could have you rubbing shoulders with up to 12,000 distant relations on any one day.

If you’re going on a cruise, be aware that up to 20 of your fellow cruise ship passengers may be distantly related to you. They also calculated that simply walking across Britain could result in passing two cousins for each square mile walked.

“It’s incredible to think that many of us will be in daily contact with unknown relatives — with no idea that we share much more than the same sporting team or commute to work,” said Brad Argent, commercial director at Ancestry.

You too can take advantage of the AncestryDNA system and “uncover your ethnic mix, discover distant relatives, and find new details about your unique family history with AncestryDNA.” Other services that offer autosomal DNA testing for cousin matching are 23andMe and FamilyTreeDNA.

What these services do is compare your autosomal DNA to all the autosomal information of everyone else in their database. When two people share lengthy stretches of “identical DNA,” it is an indicator of a DNA-matched genealogical relationship. The company evaluates how much DNA is shared with others to determine what your most likely relationship is to that person.

An important distinction to remember is that sharing ancestry with someone else is not necessarily the same as sharing DNA with that person. So while you and a third cousin might have the same great-great-grandparents, you may not have the same DNA at all.

The chances of two true third cousins sharing enough autosomal DNA for a testing match is about 90 percent. So 10 percent, give or take, won’t have enough matching DNA to be identified by the testing database. 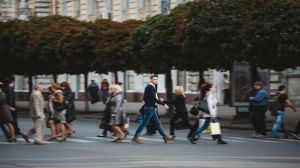 A true DNA matching story that was life-changing

How amazing would it be to find a distant relative you had previously never known about? Take, for example, the story of Melyssa that was shared on the Ancestry website: Melyssa wanted to find out more about her father’s family. She had searched for more than 30 years, but her mother gave her little information and indicated her father had died with no relatives still alive. After more research, she got a lead that her father might actually still be alive and there were two possible candidates. She was able to eliminate one as a possibility, but could not establish a relationship with the other. She turned to DNA testing to get more answers.

“My results clearly showed I am Norwegian, a region I never in a million years would have expected. My mother’s side is Irish,” explained Melyssa after receiving her ethnicity results.

Using the information she gained from autosomal DNA testing, Melyssa established contact with a fourth cousin who had the same surname as the man she suspected was her father. Through that cousin, she was also able to get in touch with her half-brother.

“While I never got to see my birth father face to face, I have been able to meet my brother and other relatives, including my grandmother Richards, who passed away just months after us meeting,” shared Melyssa. “I received information on grandparents and great-grandparents and have successfully taken my ancestry back to Norway — with photos!”

If you have ever wondered about your ethnic history or distant relatives, there is no time like the present to get some answers. The information you seek is only a DNA test away.