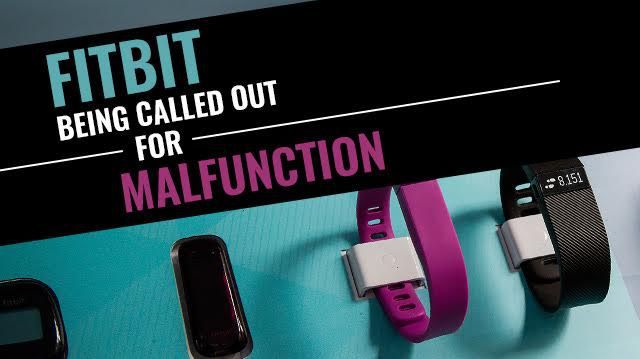 Do you know how many steps you took yesterday? Are you tracking sleep quality? If so, is it thanks to your Fitbit? Millions of people are now sporting these fashionable fitness devices, but do they actually work? The findings of a recent study may surprise you.

The popularity of Fitbit has been astonishing. According to the company website, the Fitbit can “help you stay motivated and improve your health by tracking your activity, exercise, food, weight and sleep.” Tracking personal data allows you to adjust your activity levels and sleep time accordingly. In turn, you can improve various aspects of your health. Makes sense, right?

Well, in theory, yes — but only if the device provides reliable data. Unfortunately, Fitbit may not be tracking your progress accurately after all. Meaning, you may be following a routine that is not allowing you to truly reach your personal health and fitness goals. In some cases, your health may even be at risk.

When you purchase a device, you expect it to work correctly. In this case, a Fitbit is supposed to help you track various elements of your life, allowing you to make healthier choices and create new goals. Although Fitbit has been all the rage of late, consumers aren’t happy.

Article: How To Tell If A Workout Tool Is A Scam

At California State Polytechnic University, researchers tested the heart rate of 43 healthy adults. Participants’ heart rate was tracked using the PurePulse monitor — one of the most popular trackers on Fitbit. The accuracy of the PurePulse heart rate monitor, found on the Fitbit Blaze, Fitbit Charge HR and Fitbit Surge, was the focal point of this study.

In order to compile comparative data, researchers used a BioHarness device to record each participant’s heart rate through an electrocardiogram. Researchers were then able to compare this data with the data obtained from the Fitbit devices.

A number of comparisons were made, including results from both rest and exercise. Participants jumped rope, jogged outdoors, climbed stairs and ran on a treadmill. Researchers found that, on average, Fitbit miscalculated participants’ heart rate by up to 20 beats per minute. The device was especially inaccurate during moderate- to high-intensity exercise.

There are two sides to every story, and before jumping on the bandwagon, it’s important to consider what Fitbit has to say. This particular study was commissioned by a law firm that is proceeding with a class action lawsuit against Fitbit based on a recently filed complaint. Fitbit claims that the study is therefore biased and the data collected is inaccurate.

Of course, it is in the law firm’s best interest to present information that will help the case. Fitbit has also stated that the electrocardiogram used in the study was a consumer-grade device and that there is no evidence to prove it was tested for accuracy. At this point, you may be thinking, okay, Fitbit may be off the hook here.

However, a separate study, which was released in February of this year, sheds further light on the problems with Fitbit devices. Within this study it was found that the Fitbit Charge HR missed heartbeats and marked an average heart rate error of 14 percent.

After television station WTHR covered this story, Fitbit sent a written reply. The company explained that its devices are meant to provide data so that users can reach their fitness and health goals, but are not intended to be used as medical devices.

Nevertheless, if the results of these studies are accurate, some users of Fitbit devices may be at risk.

Inaccuracy could be dangerous

For athletes or individuals who are currently training, relying on Fitbit data could, at the very least, hinder their ability to train effectively. In a worst case scenario, inaccurate data from a Fitbit could put individuals with a heart condition at risk for suffering a cardiac event.

The website Mobile Health News recently listed 21 clinical trials that are currently using Fitbit devices to test a wide range of conditions. From diabetes to arthritis, studies across the globe have been focusing on the potential benefits and applications of Fitbit devices. The aforementioned studies focused on Fitbit’s heart rate monitor, but what if the device is providing inaccurate data in other areas?

Within a current study, for instance, the Arkansas Children’s Hospital is using the Fitbit to track sleep, activity levels and asthma in adolescents. It’s important that the Fitbit is accurate so that the findings and recommendations of the study are also correct.

Fitbit fans and users — have you had a positive or negative experience using the device? Do you have any concerns? Please feel free to share your thoughts.