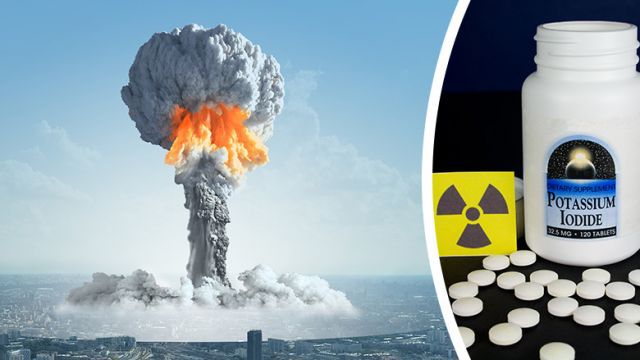 Fears of a nuclear attack have been mounting as two world leaders — President Trump of the United States and North Korea’s Kim Jong-Un — have exchanged a series of belligerent insults.

For instance, the North Korean dictator has boasted about his capability of hitting the territorial United States with a nuclear-armed intercontinental ballistic missile by insisting that “If the U.S. awkwardly attempts to provoke [North Korea], it will not escape from the biggest disaster in the history.”

In response, President Trump ominously warned that he has a far more powerful nuclear button on his desk when he fired back with the following Tweet:

North Korean Leader Kim Jong Un just stated that the “Nuclear Button is on his desk at all times.” Will someone from his depleted and food starved regime please inform him that I too have a Nuclear Button, but it is a much bigger & more powerful one than his, and my Button works!

Kim Jong-Un has responded in less than diplomatic language by calling Trump a “lunatic and a loser.”

A false alarm in Hawaii

Tension seemed to escalate even more over the weekend when authorities in Hawaii issued an emergency antiballistic missile alert that urged resident to seek immediate shelter. The urgent warning was issued Saturday, January 13 and it read,”BALLISTIC MISSILE THREAT INBOUND TO HAWAII. SEEK IMMEDIATE SHELTER. THIS IS NOT A DRILL.”

Officials soon realized the alert was a mistake as Hawaiian Senator Brian Schatz later acknowledged in a Tweet:

There is no missile threat. It was a false alarm based on a human error. There is nothing more important to Hawai‘i than professionalizing and fool-proofing this process.

Nuclear brinkmanship on the world stage is prompting many families to stockpile potassium iodide pills. This is a drug that is used to help alleviate the radiation sickness and poisoning that can occur after a catastrophic nuclear event (such as a missile blast or a leak from an atomic power plant).

According to Troy Jones, who sells potassium iodide on a website called nukepills.com, sales of the drug have been soaring. As he told a reporter for the trade newsletter Kaiser Health News, “On January 2, I basically got in a month’s supply of potassium iodide and I sold out in 48 hours.”

Potassium iodide has been used effectively to help prevent thyroid damage, which can result from radiation exposure. As Dr. James J. Galligan, a professor of pharmacology and toxicology at Michigan State University explains, “A nuclear bomb explosion or a nuclear power plant meltdown releases radioactive iodine into the air and nearby people inhale the radioactive iodine.”

However, potassium iodide helps prevent the thyroid from absorbing radioactive iodine. As a result, it can reduce the chances of getting thyroid cancer. Scientists say it is particularly helpful in protecting infants, children and pregnant women.

CDC: People over 40 should not take potassium iodide

The Centers for Disease Control (CDC) does not recommend potassium iodide (KI) for people over 40, however, since their thyroids are not considered as vulnerable and the risks of potassium iodide outweigh the benefits for older people.

For instance, as a National Academy of Sciences report put it, “People over 40 probably should not take KI tablets after a nuclear incident as they are at virtually no risk of developing thyroid cancer from the radiation, and are more likely than younger people to develop side effects from the KI.”

Potassium iodide is often stocked by disaster agencies and it has been administered successfully following nuclear accidents such as the Fukushima Daiichi nuclear disaster in Japan and the Chernobyl leak in the former Soviet Union. Officials credit the drug for potentially saving tens of thousands of people from developing thyroid cancer or other disorders. However, potassium iodide does not protect against other forms of radiation poisoning.

The CDC does not recommend that people stockpile on their own, but they are not discouraging the practice either. They do caution, however, that there are serious side effects associated with the drug (such as hypothyroidism). For that reason, they say “You should take KI only if you have been specifically advised to do so by local public health officials, emergency management officials or your doctor.”

Protecting your family in the event of a nuclear incident

Bottom line, stocking potassium iodide isn’t necessarily a bad idea, but it should only be taken if credible health authorities recommend doing so. Beyond that, what steps should you take to keep your family safe in the event of a nuclear incident?

According to the CDC, you should:

There’s only so much you can do to protect yourself in the event of a nuclear incident, but health officials say following these fundamental steps could make all the difference in the world.