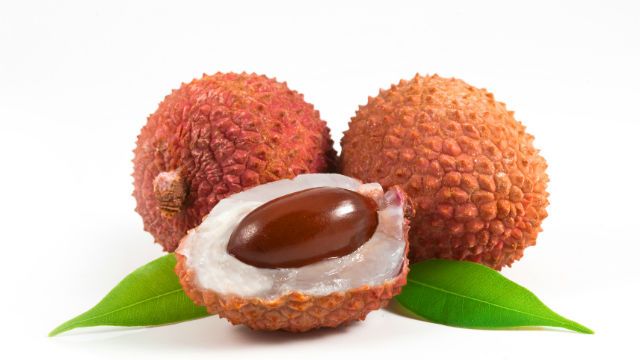 Lychee fruits (Litchi chinensis) have grown on tall, tropical, flowering evergreen trees in Southern China since ancient times. These sweet gems are part of the soapberry family, and were first mentioned in Chinese literature around 1060 AD.

Lychee trees are thought of very highly in China, and many varieties of lychees are named after wealthy and influential Chinese families. Besides their sweet and pleasing flavor, lychees are known for their cooling effect on the body, and various nutritional benefits.

Starting around the 1600s, cultivation of lychees spread from China to Burma and India, and later to the West Indies. They were growing in English and French greenhouses starting sometime around the 1800s, and in the late 1800s, could be found in California, Florida and Hawaii.

Lychee trees can grow to be 100 feet tall, have smooth, gray bark and densely-spaced leaves. The fruits are small and oval shaped, about an inch long, and have a bumpy, leathery pink or red peel.

Inside the inedible peel is the white lychee fruit pulp, which is very sweet and has an aroma somewhat resembling roses. The texture of the fruit is akin to that of a peeled grape. There is a single brown seed inside each lychee fruit.

The seeds are generally inedible, but are ground and used in some medicinal preparations, such as an Indian concoction that uses it for digestive disturbances.

Lychees are rich in numerous antioxidant compounds, including polyphenols, flavonoids and proanthocyanidins. One of the polyphenols that they contain is oligonol, which has been found to have antiviral properties, helps to improve circulation, protects the skin from UV rays, and can also be beneficial to weight loss. Another antioxidant compound found in lychee, litchitannin A2, also has antiviral properties.

Likely due to their unique antioxidant composition, lychees have been linked to inhibiting the growth of breast, colorectal and liver cancer cells. The anti-inflammatory properties and free radical-fighting activity of these antioxidants can also help to prevent against cancers, as well as an array of other chronic illnesses. Lychees are very high in vitamin C, another potent antioxidant which supports the immune system and is vital to healthy skin and hair.

These little tropical fruits have significant benefits when it comes to heart health. Two of the minerals found in good amounts in lychee fruit are potassium and copper. Potassium helps to balance out sodium levels in the body, and also regulates blood pressure and heart rate.

Copper is essential to the body’s manufacture of red blood cells. Lychees are also high in fiber, which helps to lower LDL ‘bad’ cholesterol, and maintains optimal digestive function.

In Chinese medicine, lychees are sometimes used in remedies for abdominal pain, coughs, neuralgia and swollen glands. A tea made from the peels is sometimes prepared to alleviate diarrhea. In India, lychee bark, flowers and roots are all used in a gargle to relieve sore throats.

Note: Although the health benefits of lychees are vast, make sure to eat them in moderation, as they contain a high concentration of natural fructose.