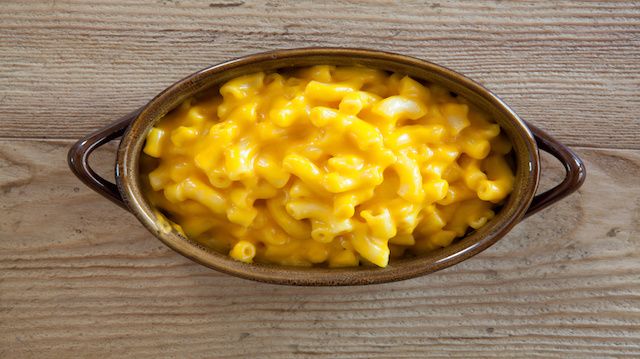 I can still remember the first time I had Kraft Macaroni & Cheese — if that’s what you want to call it. I grew up in a small rural town in Ontario, Canada. My siblings and I had access to a large vegetable garden, berry bushes, apple trees and a mom who didn’t buy junk food — poor kids, eh?

When I went to a friend’s house after school, her mom made us a “Kraft Dinner” (as it’s called up here in Canada). At the young age of seven, I thought it was the bee’s knees. I went home and told my mom that I had the best dinner. Poor Mom, she used to spend hours in the kitchen making wholesome meals, only to be told that she was outdone by a questionable box of pasta and powdered cheese.

I’m no longer a child and am now thankful for the healthy habits that my mom instilled in me. There are still many kids, however, begging their moms to make Kraft’s Mac & Cheese for dinner. With all the nutrition information circulating the Internet, companies are being pressured to come up with healthier solutions and alternatives.

Kraft has changed its recipe, and although there are most certainly some positive changes, I still won’t touch it. Here’s why.

The evolution of Kraft Mac & Cheese

Kraft Macaroni & Cheese has a, shall we say, distinct flavor. With pressure from parents to improve Kraft’s recipe using simpler, more nutritious ingredients, Kraft tweaked the recipe — stating that it still offers “the taste you love.”

Did you ever wonder how this macaroni and cheese nearly blinded you with its bright yellow-orange coloration? The answer is synthetic colors, of course, which Kraft agreed to replace with ingredients such as turmeric and paprika. Not a bad start, right?

Within the United States, Kraft promised that this product would be free of synthetic colors and artificial preservatives, as well as flavors — something that was already the case in Canada. It makes you wonder, why are there certain regulations for one country, yet not for another?

Well, just in case you’re wondering, it’s not because we Canucks are special. There was a movement involving tens of thousands of Canadians who urged the company to remove the controversial additive known as Yellow 5 (tartrazine), whereas Yellow 6 was found in American boxes.

There was a reason that countries such as Austria and Norway had already banned the use of these synthetic colors. Now, in the year 2016, Kraft has done as they said they would. Hats off to them for actually making some significant changes, as many other companies continue to ignore the health concerns of the public.

If changes occurred, why won’t I eat it? What gives? 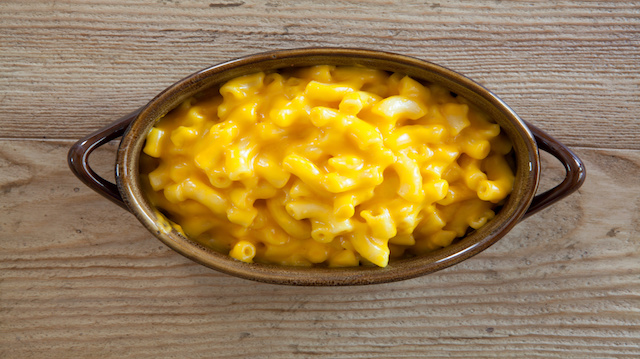 The fact that I haven’t eaten Kraft Macaroni & Cheese since the ’90s may have something to do with it — but more so because although Kraft did make some positive changes, it’s not enough to be considered a nutritious meal. Here are my concerns:

Sure, a bowl of Kraft Mac & Cheese may offer a sense of nostalgia, but you’re not doing yourself any favors by reliving your childhood one bowl at a time. In fact, Kraft hasn’t really done the public any favors — their products will continue to be highly processed, being packed with salt and sugar.

Instead, make a new favorite in your household: Gluten-free pasta made with fresh tomato sauce is both nutritious and unique. When you make your own alternative creations, you can amp up the nutrients and turn down the consumption of less beneficial, processed meals. Plus, you don’t need to worry about questionable additives — you’ll know exactly what’s in each and every bite.