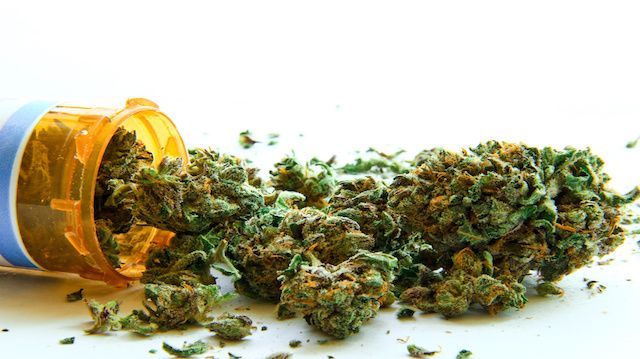 Americans can legally purchase pot in 23 states, and according to a new report, we like our legal marijuana better than Girl Scout cookies — which is saying something if you’ve ever tried a Thin Mint.

Legal marijuana raked in $3.4 billion last year, while Girl Scout cookie sales amassed roughly $780 million. That’s according to the 2016 Marijuana Business Factbook, published by the Marijuana Business Daily. The report also predicts that the US cannabis industry will hit $44 billion by 2020, based on current trends in revenue and legalization. Legal pot — both recreational and medical marijuana — outsold e-cigarettes last year, too.

“We’re witnessing the emergence of a business that is about to become a massive economic force,” said Chris Walsh, managing editor of Marijuana Business Daily. “These figures, which we deem conservative, show not only how important the industry already is to the US economy at large, but also how much more important it is about to become.”

Despite the federal prohibition, pot is legal for either medicinal or recreational use in the following states:

Folks with their pulse on the industry are predicting that we’ll see even more states legalizing marijuana in some form or another this year. For example, researcher Lisa Rough of Leafly.com believes that Nevada, California (how has California not legalized recreational pot yet?), Vermont and Arizona are very likely to legalize the recreational use of the drug this year.

Maybe the Girl Scouts should increase their marketing in some of these states? The organization would get a boost in sales and smokers could ease their munchies — it’s a win/win, unless you don’t care for GMOs and gluten.

On the flip side, USA Today recently reported on the least likely states to legalize marijuana: Alabama, Arkansas, Georgia, Idaho, Indiana, Kansas, Oklahoma, South Dakota, Tennessee, Utah and Wyoming. So if you’re in any of these states, don’t hold your breath.

It’s clear that Americans are ready for legalization. Not only is marijuana less harmful than people once believed, its legalization has had a positive impact on state economies. In Colorado, for instance, the state is raking in millions more in taxes each year.

In March 2015, The Huffington Post reported that Colorado’s unemployment rate was at its lowest since 2008. We can’t help but wonder when Colorado bakers may start crafting “special” versions of our favorite Girl Scout cookies.

Do you live in a state that has legalized marijuana? If so, what positive impacts have you witnessed?