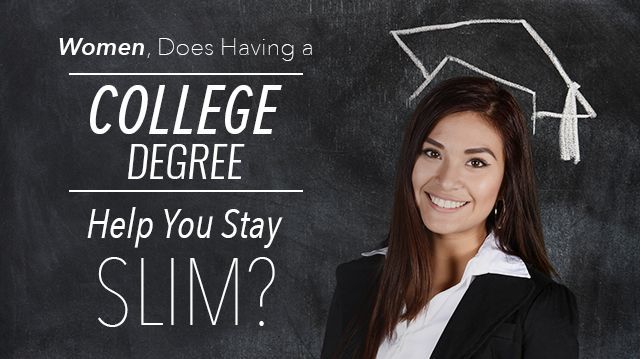 Many Americans, by most standards, enjoy a lavish lifestyle: Food is plentiful, work is automated and our downtime is easy — and it’s making us fatter by the minute. Let’s delve into 10 reasons why people are fatter today than they’ve ever been. Without understanding why this epidemic happens, we can’t sensibly solve the root of the problem.

Too much fast food

We’re busy people with less time for preparing good, quality home cooking. Obesity and obesity-related diseases have increased significantly in the US since the mid-1970s. Over the same time, the number of fast food restaurants has more than doubled, with more fast food restaurants closer to schools, work and home. A diet filled with fast food is strongly linked to weight gain and insulin resistance, an indicator that fast food increases the risk of obesity and type 2 diabetes, suggests obesity researcher and neurobiologist Stephan Guyenet, PhD.

Let’s face it, fast food is easily accessible, fairly inexpensive and usually processed with ingredients such as corn derivatives, sugars, leavening agents and completely synthetic ingredients that no home cook would keep in their pantry.

People may argue about the causes of obesity, but one undeniable fact is that calorie consumption has increased significantly over the past few decades. Eating fast food occasionally won’t hurt you, but too much can cause serious problems. Most fast food contains way too many calories to eat every day or even once a week.

Children ages seven to 12 should eat approximately 2,200 calories per day, while adults should consume around 2,000 calories per day. Yet a single meal at a fast food restaurant comprises almost a full day’s calories! For instance, a McDonald’s Big Mac meal consisting of a Big Mac, fries and a shake is about 1,680 calories. That’s just one meal in a day. Compare that to a healthy meal made at home and you’re probably consuming an additional 50 percent more calories.

Obesity affects certain people more than others, suggests Centers for Disease Control and Prevention (CDC).  For instance, non-Hispanic black and Mexican-American men with high incomes are more likely to be obese than those with low incomes. Yet when it comes to women, higher earners are less likely to be obese. While there doesn’t seem to be a significant difference between obesity and education among men, there is with women. Apparently, women with college degrees are less likely to be obese compared to less-educated women.

Sugar consumption is over the top

Most of us know that sugar is addictive. Sugar causes opiate and dopamine activity in the reward centers of the brain, similar to drugs like cocaine. And just like drugs, eliminating sugar can produce symptoms of withdrawal. Over the past 30 years, Americans have steadily consumed more and more sugar, which has contributed to the obesity epidemic, suggests the American Heart Association. The majority of sugar in American diets comes from soft drinks, sugar, candy, cakes, cookies, pies, fruit drinks, dairy desserts, sweet milk products and sugary cereals.

When we eat too much sugar, the liver metabolizes most of the fructose, where it is turned into fat. Americans are consuming over 60 pounds of added sugar per year, suggests The American Journal of Clinical Nutrition, and this does not include fruit juices. In 2008, the average intake of sugar was 19 teaspoons or 306 calories per day. Time to take a step back, change your diet to include whole foods and avoid processed foods that are high in sugar and refined carbohydrates.

Too many sugary sodas and fruit juices

We can’t deny the truth: Sugary sodas and fruit juices are just plain fattening — partly because the brain doesn’t register sugar in the same way as it does other calories, which makes us eat more after consuming. It also negatively affects hormones related to obesity. Opt instead for a glass of fresh, clean water.

The obesity epidemic began when low-fat guidelines were published

In the late 1980s, two major reports came out identifying dietary fat as a health risk, with saturated fat being at the forefront. The idea was to reduce saturated fat, but instead people just reduced fat content altogether. What ended up happening was that the food industry began substituting vegetable fats for animal fats and substituted sugars for fats, keeping the caloric intake the same.

This led to the birth of the low-fat diet, which aims to restrict saturated fat. Coincidentally, the obesity epidemic began at the same time as when the low-fat guidelines first came out. People began consuming more and thinking less fat was healthier — but it wasn’t. In fact, research suggests that a low-carbohydrate diet is more effective than a low-fat diet for short-term weight loss.

Sleep, often overlooked, may be a contributing factor to obesity. Today, we’re sleeping less — one to two hours less each night than in recent decades. Artificial lighting and electronics contribute to the decline of sleep. Poor sleep negatively affects hormones related to weight gain and may contribute to increased hunger and cravings.

Physiologic studies conducted on 68,183 women for 16 years suggest that sleep restriction has metabolic effects that predispose to weight gain. Women sleeping less than five hours gained over two pounds more than those who slept seven hours, and women who slept six hours gained just under two pounds more. It turns out, short sleep duration is one of the strongest individual risk factors for obesity. It’s linked to an 89 percent increased risk of obesity in children and a 55 percent increased risk in adults.

Too much variety in our diet

If you’ve ever been on a cruise ship, you’ll understand how a variety of food can make you gain unwanted pounds — and fairly quickly. Research conducted on rats and the availability of a variety of foods suggests too many choices leads to increased caloric intake and can contribute to obesity.

A decrease in physical activity, particularly during work hours, could account for the increase in obesity. Although physical activity has increased during leisure time, it has decreased during work time. According to trends over the past five decades, the amount of calories burned within a typical workday has decreased by more than 100 calories. With people spending more time sitting behind a computer, it’s really no surprise.

The type of fats we are eating today compared to the fats consumed 100 years ago has changed drastically. At the beginning of the twentieth century, we were eating mostly natural fats such as butter and lard. Then those fats were replaced with processed vegetable oils and margarines.

A huge part of our oil consumption comes from processed foods, which further adds calories and contributes to obesity. Butter is always better. Butter contains short- and medium-chain fats, which are metabolized differently from other fats, leading to improved satiety and increased fat burning.

There’s no magic pill — not yet anyway — for melting fat. So until then, we’ll have to buckle down, stop eating so much sugar and processed foods, exercise more and get a decent night’s sleep.