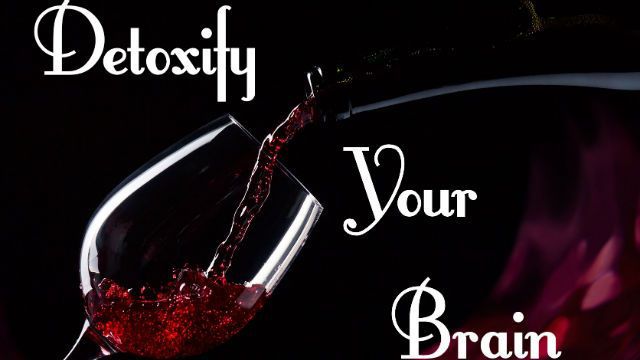 We spend a lot of money on products that promise to detoxify our skin and hair, yet we often pay little attention to one of the most important body parts of all: our brain.

Having a fit body and healthy outer appearance will only go so far once the brain loses its full functioning capacity. Keep your brain sharp through the ages by incorporating some of these brain-boosting foods into your diet.

It’s true that an apple a day keeps the doctor away. But an apple a day may also keep memory decline at bay. Apples are high in numerous antioxidants that not only promote proper brain function, but also help keep aging brains from developing a buildup of toxins over the years.

The effects of oxidative stress from the host of dangerous chemicals our brains come in contact with over time is often what contributes to degenerative diseases such as Alzheimer’s. In studies, researchers were able to link a potent anxioxidant found in apples called quercetin to a decrease in congnitive function in aging brains.

Furthermore, researchers have linked the consumption of apple juice to decreased “senile plaque” buildup on the brain, as the juice has been proven to inhibit beta-amyloid protein formation, the protein responsible for these plaques. Just be sure to choose organic apples, as many of these important nutrients are located in the skin of the apple.

Good news for coffee-lovers: that morning cup of joe may be the answer to improving your memory. Coffee beans are loaded with antioxidants, which not only give you a bit of an energy boost, but may also ward off long-term cognitive decline.

A study published in the European Journal of Clinical Nutrition found that elderly men who consumed coffee regularly experienced far less reduced brain function than those who didn’t enjoy a morning cup. Furthermore, those who drank as many as three cups a day exhibited the least cognitive decline as compared to those who only drank one.

Be sure to limit the amount of added ingredients in your morning brew. While fancy coffee drinks at coffee bars are indeed comprised of coffee, the benefits are reduced with the addition of creams, sugars, syrups and artificial sweeteners and flavors (in fact, these negative effects may be so significant that it would be better to avoid coffee with these additives completely). To get the most nutritional bang for your buck, stick to black.

This sweet spice with somewhat of a spicy kick to it may be beneficial for more than adding some flavor to your apple pie recipe. Cinnamon is high in two important brain boosting compounds called proanthocyanidins and cinnamaldehyde. These antioxidant compounds protect your brain at the cellular level, helping prolong cognitive function through the decades.

This potent spice also increases the levels of certain brain chemicals called neurotrophic factors, which help stimulate production of new neurons and protect existing neurons from free radical damage. Include organic cinnamon in baked goods or any variety of dessert or sweet for a spicy kick that your brain will thank you for in years to come.

For those who like a little zip to their dinners, curry powder is an ingredient that you’ll find not only appetizing but also beneficial to your brain. Two of the main components of curry powder are ginger and turmeric. Both of these spices contain potent antioxidants that play a key role in reducing inflammation that can lead to the development of degenerative diseases like Alzheimer’s.

Furthermore, research has indicated that the polyphenol compounds known as curcuminoids found in turmeric are an excellent complimentary treatment for a number of therapy-resistant conditions including congnitive decline and Alzheimer’s disease. Curry powder is actually a blend of several spices utilized in many Indian dishes. If you’re not a fan, look to incorporate both ginger and turmeric into your diet either as flavorful spices or as extracts, supplements or teas.

When consumed in moderation, red wine can be an excellent addition to a brain-healthy diet. The skin of grapes used to make red wine contains a powerful polyphenol compound known as resveratrol. This potent antioxidant plays a role in many metabolic functions and helps protect the brain from oxidative damage.

It has also been found to impact brain function by improving communication between cells. There has not been enough research regarding resveratrol supplementation, so avoid purchasing pricey supplements until more is known about this potent antioxidant. Rather, stick to whole-food sources like red wine, grapes, berries and peanuts.