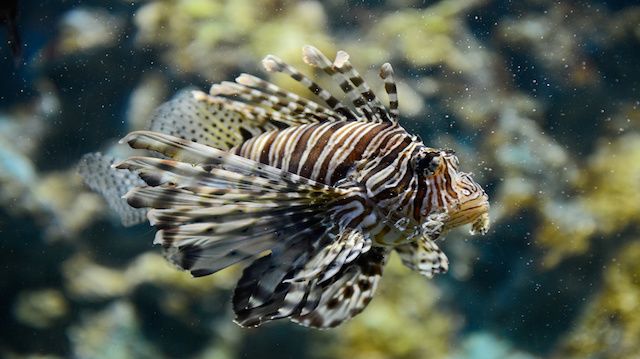 We have all heard about endangered species; many animals face extinction because of unchecked hunting, fishing, or loss of habitat. This is a real problem that could have irreversible consequences for the planet. However, many areas are dealing with a lesser-known and contrary problem: that of overpopulation due to an invasive species.

There are many instances of mammals, fish, birds, and reptiles being introduced to an area, and, within a matter of years or even months, decimating the local ecosystem and killing off many of the indigenous creatures.

For example, many states in the U.S. have introduced coyotes into local ecosystems as a way to control the populations of other animals, such as deer. Typically, the goal is met, but soon the invading species becomes the invasive species, and there are too many to keep track of or control.

In the case of coyotes, they often begin attacking animals that weren’t on the original menu, like livestock and pets. This has happened with many other types of animals that are introduced into an area as a means of population control, and the results are usually difficult to predict.

So, what can we do about this problem?

Many people around the world who are faced with the problem of invasive species have come up with a fairly simple way of dealing with unwanted guests: they have started eating them!

I don’t think very many people in the U.S. would eat a coyote, but there are several species of creatures and plants that have been added to the menu in an attempt to bring back some balance to a local ecosystem.

The lionfish is an exotic-looking species of fish with very aggressive behavioral patterns.  These fish have been known to reduce local populations of other fish species by up to 90 percent after only a few weeks. Apparently, their eating habits are so voracious that they can become obese. When all the other food is gone, these fish will even resort to cannibalism.

Lionfish will eat other species that serve useful purposes, such as those that eat the algae that damage coral reefs. By removing these helpful fish, lionfish have far-reaching detrimental effects.

Lionfish is enjoyed as sushi or cooked in a variety of delicious ways. So, the next time you see a lionfish, do your part for the environment and eat one for dinner.

The state of Texas has declared a year-round open season on wild pigs. There are no limits or restrictions aside from poison, and they are often sold to restaurants as an exotic meat.

There are literally millions of feral pigs all over the country and up into the Canadian provinces. The female pigs, or sows, can begin to produce offspring when they are six to eight months old. They have been known to have litters of up to a dozen piglets at a time, and they live for four to eight years. All this adds up to a lot of pigs.

Feral pigs will eat almost anything, resulting in massive damage to crops and property. They can also be quite dangerous when cornered. Because of the harm they cause, they are hunted by the thousands every year by farmers and ranchers. Many are even shot from helicopters.

These fish have been known to cause catastrophic damage to native fish populations since their introduction. I myself have seen them many times, as I fish for trout in small streams. Carp can grow very large, which allows them to become predators to almost any freshwater stream or river fish.

I have heard conflicting advice on how to cook carp. Some people say they taste great with a Cajun blend of seasonings. However, one friend gave me some very different advice. He said once you catch a carp, you nail it to a board. You then leave the board out for three days. After the three days have passed, you throw away the fish and eat the board.

I guess you will have to find out for yourself.

If you grew up south of the Mason-Dixon line, you are probably aware of the joy of frogs’ legs. If you have ever gone camping in the country on the East Coast during the summer, you have probably heard bullfrogs croaking late into the night.

Bullfrogs have become a ubiquitous species; they can be found all over the planet. While they may not be as big of a problem as pigs or lionfish, they do tend to thin out the populations of fish and other amphibians.

Next time you are in the South and someone asks you if you would like to try frogs’ legs, go for it!

There are also several plant species that have been slowly but surely taking over and killing other plants.

The South seems to have a high number of invasive species. If you have ever driven through the countryside in the Carolinas or Georgia, you have probably noticed the huge groves of kudzu vines engulfing everything in sight. Kudzu is very hardy, and it is difficult to eradicate. It can kill full-sized oak trees and coat whole sections of forest, from the forest floor to the treetops.

Fortunately, it is said to go well in a quiche! 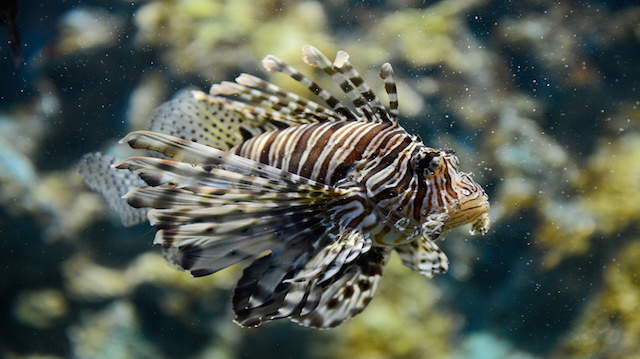 This European plant has spread rapidly across the United States. Apparently, it can be turned into a fantastic pesto for those of you with a flair for Italian cuisine.

All of these creatures and plants are examples of what can happen when we try to tamper with local habitats. They serve as a reminder that this world operates as a delicately balanced ecosystem, and we humans are part of that ecosystem.

Sometimes it is necessary for us to help maintain a balance, but we must be very careful not to overstep our bounds. We can be a great help, or we can make things dramatically worse.

Just remember that if you ever introduce a foreign species to a new area, make sure it’s edible!