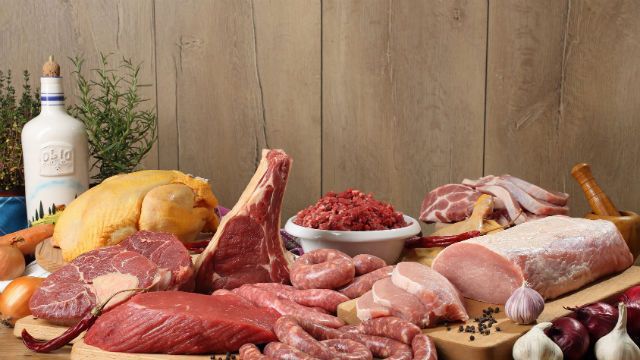 As rates of cancer and other modern diseases rise, researchers are understandably looking for answers. A lot of causes have been suggested, including lifestyle choices like smoking and drinking, exposure to chemicals, stress levels, and huge changes in diet and the nutrients provided by our food in the last 50 years or so.

As our diet plays a huge role in our overall health, some are saying it’s time we examine one particular part of it a bit closer: our meat consumption.

The idea that meat consumption could cause cancer is not exactly new. It was the premise behind Dr. Colin T. Campbell’s studies performed in China in the ’90’s, as well as his follow up book The China Study, which suggested that higher intake of animal protein including dairy was highly correlated with certain cancers and other health problems.

It is also something that many vegetarians, especially ones who have made the change for health reasons, fervently believe. Most recently, Arjun Walia of Collective Evolution made the following argument:

“The association between meat consumption and diseases like cancer is no secret. Ever since researchers started studying the links between diet and cancer, one thing has stood out above the rest: people who avoided eating meat were much less likely to develop cancer.”

There is a great deal of evidence and research backing this statement up. Many studies do suggest that meat consumption is correlated with certain cancers and other health problems. For example, 1995 study looked at the health care costs of vegetarians versus omnivores, and concluded that, “the total direct medical costs attributable to meat consumption for 1992 are estimated at +28.6-61.4 billion.”

Large studies in England and Germany have also showed vegetarians to be about 40 percent less likely to develop cancer compared to meat eaters, suggesting just how powerful the health benefits of a plant-based diet can be.

On the other hand, supporters of diets high in meat like the paleo diet are quick to point out that none of these studies has actually shown that meat causes cancer, but only that meat consumption is correlated with certain cancers. They argue that vegetarians’ apparent better health can be attributed to the fact that vegetarians tend to be more ‘health conscious’ anyway, meaning less likely to smoke and drink alcohol and more likely to exercise, and that no studies have been done on grass-fed, organic meat that was not pumped full of antibiotics or fed GMOs.

Furthermore, most of the research in this area focuses on consumption of red meat like beef and pork, and not on poultry or fish, and so it seems like a rather large stretch to extrapolate from studies on red meat and argue that all animal protein fuels cancer.

So, before you forgo meat entirely and adopt the vegan life, here’s what we know about red meat and cancer:

The way it’s cooked makes a big difference. Several studies have shown that when meat is overcooked, compounds like heterocyclic amines and polycyclic aromatic hydrocarbons are formed, both of which have been linked to cancer in test animals. So if you do eat meat, consider cooking it more gently, at a lower heat, and cutting off any charred and burned bits!

Processed red meat is associated with higher rates of colorectal cancer compared with ‘fresh red meat.’ If you are a meat eater, make sure to stick to organic grass-fed cuts of meat, rather than cured and processed meats like sausage, bacon, hot dogs, and hamburgers.

Based on the available research, we still think it’s safe to enjoy all kinds of grass-fed, wild, hormone and antibiotic free forms of animal protein—including red meat—as part of a varied whole food diet also filled with fruits, vegetables, beans, lentils, and seeds.

What do you think?