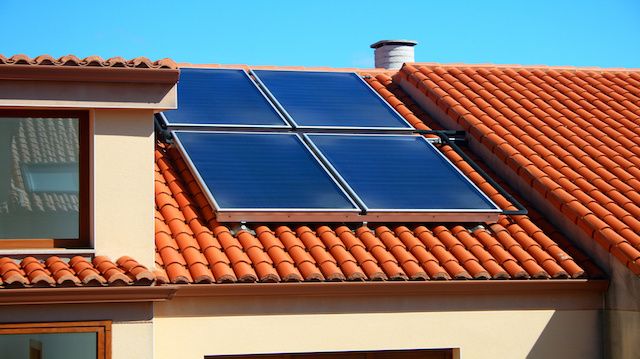 If you have already decided that installing solar panels on your rooftop is not an economically viable option, you may want to check again.

In an effort to help homeowners understand the financial benefits of solar energy, Google has launched an online tool that calculates the advantages and risks of solar panels for residential homes across the country. The online program, aptly named Project Sunroof, allows people to plug in their address in order to see whether “going green” makes financial sense for their home.

The tool works by estimating the amount of sunlight your roof receives on a yearly basis, taking into account things like tree cover, roof orientation and size, as well as local weather. Project Sunroof also offers the option to compare your current energy bills with the projected cost of solar panelling your home.

The calculations are done quickly, and within seconds you are given a simple “yes” or “no” answer on whether your home is a good candidate for solar energy. The tool also shows your projected yearly savings and shows you how to connect with local solar energy companies if it is decided that your home would benefit from the investment.

While this tool is helpful in getting a rudimentary analysis on whether your home (and wallet) would benefit from solar panels, it may not be the final answer. The demand for green energy is on the rise, and as a result, competitive prices are emerging. Solar panel installation is still relatively expensive — averaging around $25,000 to $35,000 per roof — but costs are declining rapidly.

According to NPR, one of the main factors in decreasing solar panel prices is foreign production. Up until a few years ago, panels were manufactured domestically. As a result, they were extremely expensive to make. Since 2012, however, China has swept the panel business and is now the world’s largest solar panel market, causing panel prices to drop by nearly five times their previous cost. This is largely due to the fact that the cost of labor is much cheaper in China than it is in North America. The push for China to produce solar panels on such a large scale stems from Chinese government incentives that focus on sustainable energy production for their massive population. The country also has pledged to tackle its growing air pollution problem by significantly reducing coal burning for energy.

Tax incentives are another important factor you should take into account when weighing the financial feasibility of solar panels, a calculation Project Sunroof projects as well. A federal program allows residents to “claim a credit of 30% of qualified expenditures” for green energy solutions in their home. So, if you paid $25,000 to have solar panels installed on your roof, you might be able to claim a $7,500 credit while reaping the environmental and financial benefits of clean energy. Not a bad deal, and definitely something that should be contemplated when weighing the pros and cons of solar.

But government incentives and decreasing prices aren’t the only financial points to consider when deciding to go solar. In an attempt to compete with the inevitable growth of solar energy, utility companies have started getting into the solar business. Some utilities have pilot programs that will install solar panels on your rooftop at their cost and in return you pay a monthly lease back to the utility company. Ultimately, you garner the advantages of cheap, clean energy while big utility companies use your rooftop to “test new equipment, batteries and distribution systems,” according to Arizona Public Service Company manager Marc Romito. This allows traditional energy corporations to increase their power supply without having to build expensive and highly polluting coal and nuclear plants. 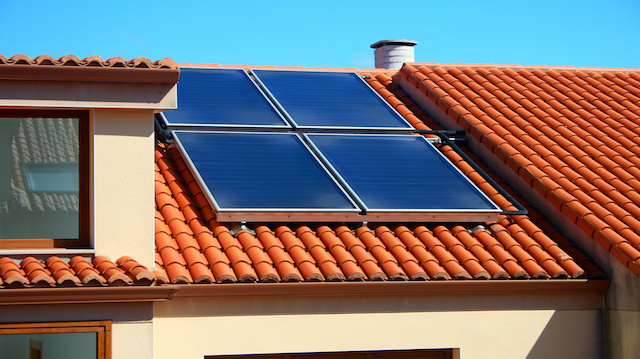 Although this seems like a win-win situation, smaller solar companies fear they won’t be able to compete with utility monopolies that are granted a profit guarantee on all investments. And yes, that includes solar power. Not having the economic clout that large corporations possess, small solar companies fear they will be driven from the market. Small companies rely on installation fees to survive, so it will be difficult to compete with the large enterprises that offer installation services for free. Fortunately for small solar, utility solar programs are available only in Arizona, Michigan, Georgia and Texas and are heavily regulated by state government. Still, these programs will likely expand as solar energy grows increasingly in demand.

You might find yourself in a conundrum of deciding whether to fork over the money in support of small, local businesses or to benefit from the free installation offered by big utility monopolies. Either way, solar energy is quickly becoming more affordable. If you have already calculated that solar energy isn’t financially sensible, you may want to check on a yearly basis. Considering the rapidly changing market, solar panels may be more economical than the last time you checked.

What do you think? Would you support large utility corporations in order to reap the environmental benefits of solar energy, even to the detriment of small solar companies?