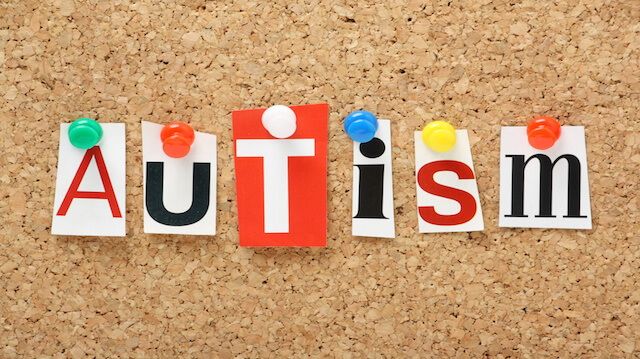 In the ever-evolving battle with trying to understand the multiple facets of autism, researchers have now found a way to diagnose which autistic children will have speech and social development problems.

In a study published in the journal Neuron, scientists conducted research over an eight-year period to determine if an early diagnosis could be made on the future speech and social development of autistic children. Researchers from the University of Cyprus in Nicosia, worked in collaboration with the University of Cambridge, U.K., the University of California, San Diego (UCSD), and the VA San Diego Healthcare System.

The study participation group was comprised of 103 babies between the ages of 12 and 24 months that were being evaluated by the UCSD Autism Clinic because of possible red flags that can indicate autism. All of the children in question had been referred for evaluation by their pediatricians.

For purposes of the study, scientists used functional magnetic resonance imaging (fMRI) to scan the children during sleep to see how their brain activity responded to spoken words. The same children came back every six months for language and behavioral assessments.

When the children were between the ages of 30 and 48 months old, they were classified by researchers as having developed poor or good language skills.

By the time the children reached the age of four, 60 of them had been diagnosed with autism. Of those children, 36 were able to work through early speech delays and eventually developed good language skills. The remaining 24 autistic children were only minimally verbal or nonverbal.

Autism may be more than one condition

According to the brain scans, they found that even in sleep, at a stage when most babies are still non-verbal, the brain activity of babies in response to spoken language reveals their likelihood to later develop comprehension, speech, and social skills, or a lack thereof.

Researchers feel their findings reveal new things about the condition of autism as well. For example, autism may be more than just a spectrum disorder. It may, in fact, be more than one type of disorder with different causes, which opens up the possibility of multiple forms of treatment.

According to co-author and neuroscientist, Eric Courchesne, director of UCSD’s Autism Center of Excellence, “We discovered the reason why some babies get better and some don’t. That difference is present already at the very beginning, and that suggests there are two very different forms of autism, and that there may be different causes.”

In reviewing the brain scans of the participants, researchers found that even before their second birthday, a child with normal development will have brain activity in response to spoken words even during sleep. The spoken words trigger a very measurable burst of activity in various networks of the brain linked to important developmental areas for memory, emotion, reward, language, and social judgment. The brain activity in these areas is unmistakable from the kind found in sensory processing and motor control regions of the brain that showed no response to spoken language.

“It suggests there are two very different types of autism,” said Courchesne. “One type leads to the brain having social communication problems, but not language problems per se. The cause of that, we suspect, is different from the cause leading to a poor language outcome. We suspect that even in prenatal life, there are two different etiologies.”

This is apparently the key to diagnosing which autistic children will have a lack of speech and social skills in later life, because in these children the brain activity responses are flipped. In these children, spoken language caused bursts of activity in the brain regions linked to sensory processing and motor control. Meanwhile, their brain areas associated with social judgment and language were completely unresponsive to the spoken stimuli.

It was also found that children who would later be diagnosed with autism but still be capable of developing social and speech skills had identical brain activity to children with normal development even at such an early age.

About half of autistic children will develop speech skills

These findings correlate with patterns that have been observed for quite some time regarding autistic children, but even in children with considerable delays and behavioral differences, approximately 50 percent go on to eventually develop social and language skills that enable them to function in society. Sadly, the other 50 percent are unable to develop social and communication skills. Eventually, most of them revert to early childhood levels.

“It could be that both are starting in different places,” said Courchesne. “Some may have brain wiring that lends them to being treatment-ready.”

Courchesne explained that this new method of diagnosis could help determine first-step treatment needs in autistic children. By recognizing the brain activity responses to spoken stimuli, clinicians would have a new means to determine the response of severely autistic children to methods of treatment.

“Why some toddlers with autism spectrum disorder get better and develop good language and others don’t has been a mystery that is of the utmost importance to solve,” said Courchesne. “We designed our study to gain insight into the brain bases for these different developmental outcomes.”

Normally developing children have differences too

The research by Courchesne’s team also reveals significant findings of the language development and capabilities of all babies. A brain scan of any baby in sleep state will show an important burst of activity in response to spoken words that paints a very powerful prediction of their future speech and social skill potential.

Significant differences are found in brain scans between normally developing babies still learning to speak in complex phrases whose future command of the language will be the strongest compared to those who will have average communication skills. The children with the strongest language development potential have the most striking differences in brain activity response between areas for memory, social judgment, and language compared to sensory processing and motor control regions.

Courchesne interprets these findings as an indicator that people destined to be amazing communicators are, in fact, born that way. However, these strengths can always be increased or decreased depending on intervention to support or neglect them.

“The findings open the possibility of identifying the need for language-focused therapies as early as infancies,” comments Autism Speaks Head of Medical Research, Paul Wang, who did not have direct involvement with the study.

Perhaps this will lead to future intervention programs

Using the fMRI brain scan reports in combination with behavioral tests to diagnose future speech and social skill development issues proved to have 80 percent accuracy. Either one of these methods, when used individually, still yielded a 68 percent level of accuracy in predicting future development.

“MRI is one of the most commonly used research methods for studying the brain in autism,” explained Dr. Wang. “Now, by helping to identify which children are at greatest risk for poor language, this test may help guide parents, therapists and educators on how best to tailor a child’s intervention program.” 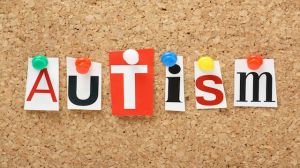 More research is needed to continue to measure the significance of these findings and what else can be learned about autism. However, some scientists still remain skeptical, such as Dr. Bradley Scott Peterson, a director at the Institute for the Developing Mind at The Saban Research Institute of Children’s Hospital in Los Angeles, who was not involved in the study.

On the subject of the study, Dr. Peterson said, “The combination of brain imaging and behavioral measures was somewhat better than either alone at predicting outcome, but whether this improvement was statistically significant was not tested. Moreover, even if the combination was better at a statistically significant level, the important question is whether this improvement in predictive accuracy from the combination of measures would be clinically meaningful in terms of altering treatment planning and in justifying the costs of the brain imaging procedures. This level of clinical significance of the combined measures was not assessed in the paper, and should be built into future studies using these measures.”

Some evidence shows autism may begin in the womb

In a separate study by Courchesne and his colleagues at UCSD, they identified abnormal gene activity during pregnancy that they believe leads to a “subtle disruption of the brain’s cortex” and causes autism. The brain regions involved are the frontal and temporal cortex that coincidentally happen to control social and language skills.

Currently, a diagnosis of autism isn’t even possible for children until at least 18 to 24 months of age. The findings of these studies might very well lead to the future development of early intervention programs for addressing language and communication issues. They might even lead to new treatments that could address brain biology depending on future research.