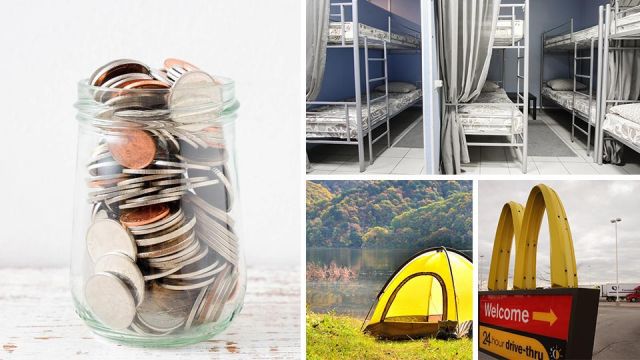 Accommodation can be one of the biggest expenses for travelers, but it doesn’t have to be that way. In fact, there are plenty of alternatives to the standard hotel that can save you anything from a few bucks to practically scoring a bed for free. To give you a few ideas, here are a handful of the most popular alternatives to hotels, replete with their advantages and disadvantages.

Let’s get the obvious out of the way. For any first-time travelers out there, hostels are the bread and butter of most backpackers. They differ from a standard hotel in a handful of ways, namely fewer amenities, lower price and the addition of the classic dorm. Hostels can be a great way to meet other people and pick up a few travel tips. The downside is that you’ll have to deal with other backpackers and their old socks hanging from the bunks.

Also, in many parts of the world hostels aren’t much cheaper than budget hotels, though overall you’ll probably still save a bit of cash by sticking with dorms. On the other hand, if you’d rather glam it up, check out this list of some of the world’s best hostels.

Advantage: Homestay hosts are the best.

Disadvantage: It can be difficult to do your own thing.

My first international travel experience was a homestay in Japan, and more than a decade later I’m still convinced this is the best way to travel. Sure, it’s not cool or edgy, but homestays really do rock: you make friends, always get great food, have a safety net and will learn far more about local culture than the average backpacker. On top of all this, the people who tend to offer homestays usually happen to be some of the nicest, most welcoming people around. It’s also pretty easy to find options worldwide; try starting here, or here or even over here.

Advantage: Can’t get cheaper than free.

Disadvantage: Human decency can be as patchy as AT&T coverage.

Once upon a time, Couchsurfing was one of those travel secrets reserved only for the most unwashed of dreadlocked vagabonds with dial-up. Today, it’s almost a meme, and is almost constantly mired in some kind of scandal or controversy. Having said that, there’s a reason Couchsurfing has exploded into a global phenomenon; because it works.

Couchsurfing differs from its older, nerdier sibling, the homestay, in that it’s usually reserved for shorter visits. Plus, with homestays, the hosts tend to feel some level of responsibility for their guest, while Couchsurfing usually feels like there are fewer strings attached. Start your adventures here, or check out this useful to-do list for how to stay safe while Couchsurfing.

Advantage: You get an entire house to yourself.

Another formerly obscure trend that has hit the mainstream, house renting can be an easy way to get homey accommodation for a good price. Airbnb and their ilk have made it easier than ever to rent on the road, but it’s not all good news. Critics argue the Airbnb trend is driving rent sky high, while also contributing to gentrification and pricing locals out of their own housing markets. An alternative is free house sitting, which is usually possible through country-specific expat social media groups. Or, start here.

Disadvantage: For just one night, you can’t be a terrible person.

Ever fallen asleep in church? Places of worship can sometimes be some of the best places to crash, so long as you know the channels to go through. In some parts of Latin America, churches are ubiquitously used by volunteer and community groups. In China, monasteries near popular hiking routes are often happy to give travelers a basic meal and a mattress in exchange for a small contribution.

The hardest part can be tracking this kind of accommodation down, though lists like this one can be a good place to start, or hunt for a country-specific forum. Also, be prepared to roll with whatever rules the religion in question happens to have, and be respectful.

I’ll admit, I have a soft spot for camping. There’s nothing like a campfire under a starry night, and camping tends to be cheap and chilled out. The one downside is that camping isn’t possible everywhere, and can be outright dangerous if done wrong. Around towns, you’ll need to camp in a designated site; some of these can be noisy and crowded, and you’ll want to watch your stuff closely.

A better option is wild camping as far from civilization as possible. If you’re interested in traveling the world in a tent, here’s some mandatory reading material to get you started.

Advantage: Free corner to doze in with every burger.

Disadvantage: Let’s be honest, you aren’t going to sleep more than an hour or two.

Worst case scenario, most major cities have some kind of 24-hour restaurant. Whether it’s McDonald’s, an all-hours truck stop or a 24-hour diner, you can probably find somewhere to wait out the night. I’ve known a handful of people who actively travel like this, aiming to crash in as many fast food joints as they can.

Personally, I think this is a terrible idea, but I can admit that a night at the golden arches isn’t as bad as it may seem. For one, you get accommodation for the price of a burger. Plus, you can meet interesting people. The last time I slept at a Maccas, I received a free education in the basics of Chinese corporate law from a group of university students cramming for an exam. Plus, at around 3 a.m., the staff gave me a lifetime supply of day-old nuggets.

If that sounds like paradise to you, then you might want to head over to R/Vagabond for more tips on sleeping rough. If not, then at least you now know there are plenty of other economical alternatives on the spectrum between the Hilton and the sidewalk.