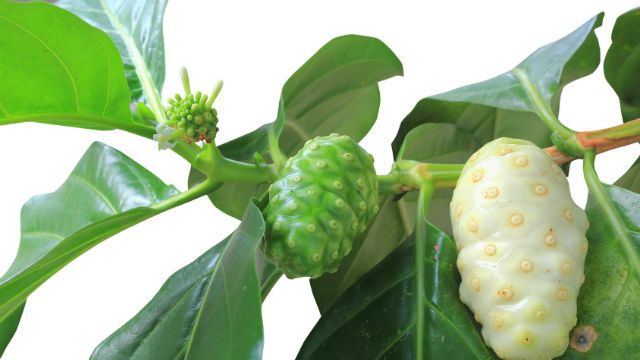 Noni juice comes from the Noni plant which is thought to have originated in Southeast Asia, but today grows in Hawaii and other Polynesian islands.

This greenish-white fruit has long been prized by Polynesian herbalists and folk medicine practitioners for its medicinal benefits, with a number of studies even confirming its anti-cancer properties.

Others have found that the plant’s extracts also offer antifungal, antitumor and immunomodulatory properties as well as the ability to inhibit low-density lipoprotein oxidation, which is thought to aid in preventing arteriosclerosis.

This fabulous tropical superfood also offers a number of other benefits, including the following:

A 2007 study published in “Phytotherapy Research” found that a group of older mice that were given noni juice significantly outperformed mice that had not received the juice. Their performance level was said to be comparable to much younger mice, with researchers concluding that consuming noni juice could help improve endurance, combat fatigue and increase overall physical performance.

A 2009 study out of Kobe Gakuin University in Japan was conducted to determine if the antioxidant and anti-inflammatory properties of the juice would protect lab
mice from brain damage due to a temporary interruption of cerebral blood flow.The animals that received noni juice were said to have suffered less neurological damage than those in a control group that received plain water.

Studies have also found that the juice has the ability to reduce pain sensitivity, acting similar to the prescription analgesic Tramadol, used to treat moderate to severe pain.

One of the traditional uses of the fruit was for relieving pain from inflammatory conditions such as arthritis. The leaves were used to treat rheumatic aches and swelling of the joints, stomach aches and

swelling caused by a parasitic infection known as filariasis. The bark has even been used to help ease the pain of childbirth and many women have reported relief from severe menstrual cramps after consuming the juice.

As the noni plant contains antioxidant-rich compounds known as polysaccharides, it is also known to stimulate the immune response. A 2009 study published in the Chemistry Central Journal found that its powerful antioxidant effects resulted in
three-quarters of study participants, all of whom were heavy smokers, reporting improvement in chronic health conditions and 95 percent reported improvements within three months, provided study guidelines for taking the juice every day were followed.

Noni juice offers such a wide range of benefits, it’s certainly worth trying – just a few of the other benefits include the potential to fight cancer, improving cholesterol levels, easing depression, stabilizing blood pressure and preventing gastric ulcers.

While you probably won’t find the juice on most typical grocery store shelves, you may be able to locate it at your local health food store or co-op. It’s also available via a number of online sites.