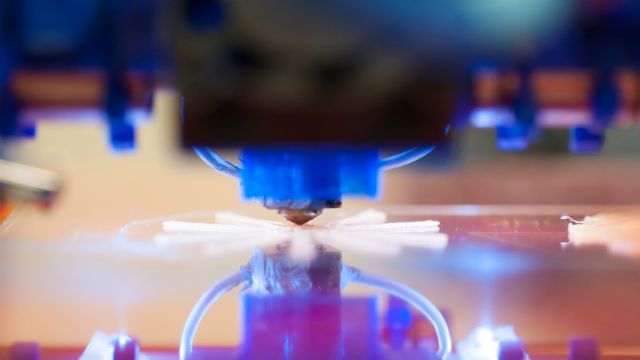 A 3D printer developed by Canadian researchers may become the future of treatment for burn patients. The PrintAlive Bioprinter is being developed and commercialized by MaRS Innovations in conjunction with the Innovations and Partnerships Office (IPO) of the University of Toronto, who have patented the device.

The 3D skin printer will make treatment cheaper, faster and easier on burn patients, allowing them to have functional human skin. A prototype is in clinical trials now.

Dr. Marc Jeschke, director of Ross Tilley Burn Centre at Sunnybrook Health Sciences Centre in Toronto, told CBSNews.com that the printer is “cutting edge,” adding, “we can mimic how your skin looks. And that’s the evolvement, that’s something new, that’s something novel.”

The printer works by harvesting healthy skin cells from the burn patient. Those cells are studied and reproduced in the lab, grown in different containers and made exactly into the type of cell needed. The printer then guides the cells to the next location using a cartridge that interlaces the cells together with a gel-like matrix which serves as the 3D scaffolding for the skin.

Cellular weaving comes out through the cartridge, drifting through the reservoir of the printer. It settles around the revolving drum where strips are gathered and then cultured. Different cells are imprinted into a 3D matrix which can then be grafted onto a patient.

As the printer uses a patient’s own cells, it eliminates the possibility of immunologic rejection as well as autografting, which is the transplantation of skin from another part of the body – that procedure necessitates creating another wound. Additionally, if a patient is severely burned all over their body, there may not be enough skin available for grafting.

The skin would also match the patient’s natural color, and after time, sweat glands and hair follicles could be added.

The printer could be a major breakthrough for burn victims in the near future – and may have a critical impact in underdeveloped countries, where even a small burn can be fatal. Researchers also believe that the 3D printed tissue may be used in the future for testing drugs to eliminate the need for clinical trials on animals or humans.