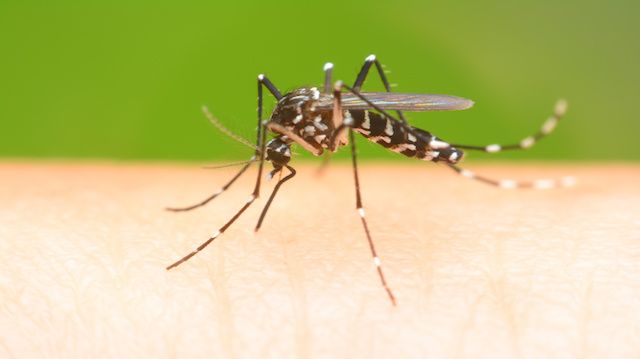 Nobody likes mosquitoes — their bites are itchy and after the West Nile virus scare, there’s a certain level of danger associated with these small insects. If you’re a traveler, you may also have experience with the risk of malaria or dengue fever — once again, contracted from mosquitoes.

Now, there’s a new outbreak, one that is both severe and incurable. With reported cases in Puerto Rico and Brazil, health officials are worried that the Zika virus may spread to the United States. The outbreak of this virus has led to a condition in which babies are born with only partially developed brains. Referred to as microcephaly, newborns are being brought into this world with abnormally small heads, resulting in developmental delays and the possibility of early death.

Exclusive: Are You a Mosquito Magnet? Here’s What You Can Do

Although the link between this virus and the resulting condition are not fully understood, the first case was identified in the 1940s in Uganda. As it spread throughout Africa, Asia, and Latin America, it was clear that surrounding countries were at risk. Now, the most recent outbreak has occurred in Brazil. In 2015, it’s estimated that up to 1.5 million people were infected. Some believe that global warming may be playing a role in terms of mosquito migration.

Since the outbreak in Brazil, cases were reported across Colombia, Guatemala, Venezuela, El Salvador, and Puerto Rico. Although some U.S. travelers have landed back on home soil with the virus, it has not yet spread locally. Of course, officials are concerned at this time because of the rapid speed at which it has spread throughout Latin America. Fortunately, however, it has been said that for Americans, testing for the virus would be both easier and more effective.

Experts at the Institute for Human Infections and Immunity have voiced their concerns regarding areas such as Florida and Texas, during this upcoming spring or summer. At this time, your risk of contracting the Zika virus is very low; however, it’s recommended that you still protect yourself. If possible, avoid areas with mosquitos and take measures to repel these irritating insects.

Even though the link between this virus and the results in babies have not yet been proven, the belief is strong enough amongst researchers that pregnant women are being advised to avoid traveling to areas in which the Zika virus is currently circulating. For normal, healthy adults, the virus does not appear to pose any serious risk.

How do I protect myself?

Most commonly, experts suggest that you should wear insect-repellent, long sleeves, and avoid areas that are heavily populated by mosquitoes. For those who have sensitive skin and do not want to use chemically-laced insecticides, there are more natural ways to keep mosquitoes away.

If you would like to reduce the number of mosquitos in your backyard, there are certain plants to add to your garden that will provide some protection. Some of the most popular include citronella, pine, catnip, lemon balm, peppermint and geraniums. Also, remove any items that allow stagnant water to collect (including some plants and hedges) as this will act as a breeding ground.

To protect your skin you can also use essential oils from plants. Dilute citronella essential oil and apply to any exposed areas of your skin. Continue to apply throughout the day to increase its effectiveness. You can also invest in some organic citronella candles.

As mentioned, there’s no need to panic just yet — a possible encounter with a mosquito is not reason enough to stay indoors. That said, pregnant women or those aiming to become pregnant should be aware of cases spreading just south of the border. As temperatures rise, follow the most recent reports in order to protect yourself.