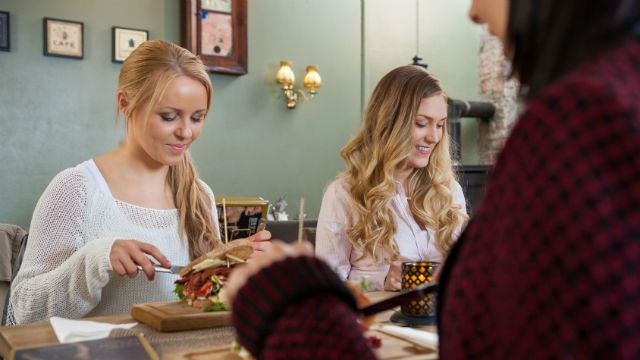 Eating at a restaurant is an inherently risky endeavor – if we do not know how the ingredients used to cook our food are stored, and do not see how our meals are made, it is nearly impossible to know if they are truly safe.

To be fair, some restaurants are vigilant about their food safety practices. Others, not so much. Many of us remember last summer’s Golden Corral fiasco, which serves as just one stomach-churning example of unsanitary restaurant practices, some of which are not discovered until people are already sick.

In order to discern high-quality eating establishments from inferior counterparts, the business review website, Yelp.com, is a very useful tool. Just recently, a pilot project between Yelp, Columbia University and the New York City Department of Health found that Yelp could do even more than help pick a restaurant: it aided officials in finding hundreds of cases of unreported foodborne illness.

A study of the pilot project was published in the British Medical Journal (BMJ). According to lead author Cassandra Harrison, “the city’s public health officials got the idea of using Yelp reviews when, during an outbreak investigation, they noticed that restaurant patrons had reported illnesses on the website that had not been reported to the department of health.”

The researchers’ and health officials’ method of analysis involved scanning nearly 300,000 Yelp reviews for terms including “vomit,” “diarrhea,” and “food poisoning.” Of the 468 reviews singled out aligning with recent cases of foodborne illness, the research team found that only 15 had been reported to the health department. Further analysis of these reviews, including interviews with those who posted them, led health department officials to three restaurant investigations.

The three restaurants were not named in reports, however, two of the three outbreaks were traced back to unsanitary work surfaces, unsafe food storage and ready-to-eat food handled without the use of gloves. The third restaurant, upon inspection, was found to have roaches and mice. Some of the foods that had sickened guests were seafood and cheese dishes.

Due to the success of this program in tracking down these outbreaks, New York City Health Department computers are now scanning Yelp reviews on a daily basis. Officials also stated that they will be partnering with other social media sites and databases to more quickly get to the bottom of foodborne illness sources in the future.

Dr. Sharon Balter, a medical epidemiologist with the New York City Health Department, states, “when investigating an outbreak, we want to know what people who got sick ate, who else was with them and what items they all ate together. If you wait, people forget.”

While we still need to exercise caution when choosing a restaurant, especially if we have dietary restrictions (lactose-free, gluten-free, etc.), if pilot projects like this catch on, unsafe restaurant practices could be stopped dead in their tracks much more quickly and efficiently.