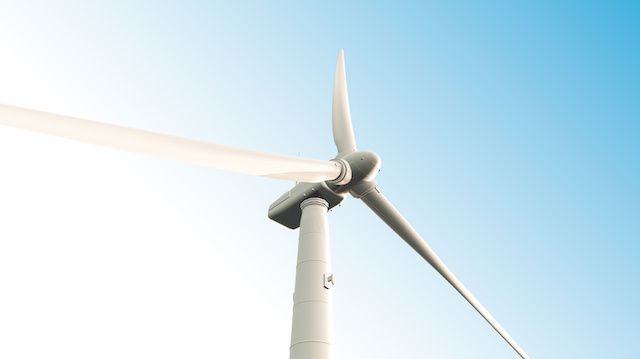 Our planet’s need for green, renewable energy is all too real. The coal and oil industries are polluting the planet — and we have limited reserves of both. Natural gas also comes with hazards.

According to an article entitled “The Hidden Cost of Fossil Fuels” published by the Union of Concerned Scientists:

“… Some energy costs are not included in consumer utility or gas bills, nor are they paid for by the companies that produce or sell the energy. These include human health problems caused by air pollution from the burning of coal and oil; damage to land from coal mining and to miners from black lung disease; environmental degradation caused by global warming, acid rain, and water pollution; and national security costs, such as protecting foreign sources of oil.”

The environmental impact of using fossil fuels for energy has prompted scientists to look for better ways of powering our lives. One field being investigated and improved upon is wind turbine energy.

While you can currently drive around the United States and see steel wind turbines about 80 meters tall, the Hexcrete wind turbines represent an evolution in wind turbine technology. The main purpose of these turbines is to reach high-altitude winds and use them for energy.

Specifically, the Hexcrete towers are being manufactured to reach at least 330 feet in height, and are made from transportable concrete columns and panels. The columns and panels will be bound by cables into vertically stackable hexagon cells.

According to Sri Sritharan, professor of civil, construction, and environmental engineering at Iowa State University’s Wilson Engineering, the towers will be easy to transport and assemble on site. Professor Sritharan adds that using the taller towers will allow wind power to be harvested in various regions of the country, where “favorable” winds only exist at higher altitudes.

He also states that using the Hexcrete towers will lead to reductions in the cost of wind energy — definitely a huge benefit if these towers are to be implemented on a large scale.

The towers were recently tested at Iowa State’s Structural Engineering Research Laboratory, with favorable results. The cross section of the tower that was tested managed the loads well. Professor Sritharan stated:

“It’s fair to say these tests were a success. I think we’ve made great progress in validating a new concept of using prefabricated concrete for taller wind turbine towers…  Now our goal is to build a full tower in the field. Our intent is to identify partners who can work with us on a prototype tower. We’ll also work to develop a commercialization plan.”

Iowa State University isn’t the only place that’s finding innovative ways to harness the power of wind energy. Altaeros Energies, based at the Massachusetts Institute of Technology, has created the Buoyant Airborne Turbine (BAT), which resembles a blimp. This wind turbine can float up to 2,000 feet in the air and capture the energy from those high-altitude winds.

We await the results of this research. Clean, affordable energy — on a wider scale — can’t arrive quickly enough!

Tanya is a writer at The Alternative Daily with a passion for meditation, music, poetry, martial arts, and overall creative and active living. She has a special interest in exploring traditional Eastern remedies and superfoods from around the globe. Currently, she and her son live in Wisconsin, where they enjoy spending time immersed in nature.