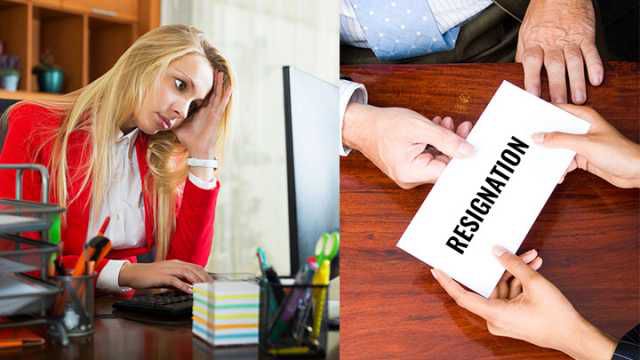 It was April 3, 2015. I was sitting at my desk at work, trying to concentrate on the next batch of instructions that my boss was issuing and failing miserably. I knew I should be listening, but I just didn’t care.

Like 99 percent of the other office inhabitants, I was there because I had to be. Not walking through the door every day at 9 a.m. sharp meant I would get fired. Getting fired would mean no more paychecks (no matter how insubstantial), and no more paychecks meant the bills wouldn’t get sorted. You see where this is going: we work so we can pay for life’s necessities.

But I’ve always wondered about those people who clearly have their necessities sorted, but who continue to turn up to work every single day and even accumulate paid leave days to the point where their manager literally forces them to go on vacation. I was certainly never one of those people; my vacation balance was always in the negative, as I simply couldn’t wait to escape the office for weeks at a time.

It would be easy to pretend that those people with their bucketloads of annual leave are simply happy in their jobs. But I have a sneaking suspicion, particularly in the case of the older folks, that they’ve simply forgotten why they started working in the first place. They’ve forgotten that they’re supposed to be working to live, not living to work.

While I wasn’t like these people, I was nonetheless forced to join their ranks and stumble into the office every morning like a horde of zombies. I hated that I was required to be there, rather than wanting to be there. I hated being told what to do, and that the guy sitting across from me earned three times what I did, despite the fact that I could have easily done his job and mine at the same time.

That hatred at work morphed into anxiety and depression at home. I became anxious at the very thought of going into work the next day, and depressed at the fact that this was my life for the foreseeable future.

But then something changed. I went home from another mundane day at the office on April 3, 2015, and discovered that I had been offered a job as a freelance writer. It took a while for the news to sink in. I could do the work when I wanted, do however much I wanted, and get paid for what I actually did, rather than getting paid a flat rate no matter how hard I worked. It wasn’t exactly winning the lottery, but it sure felt like it.

A few months later, I quit my office job. I’d had three months to save up money, work on my mindset, abolish the fear of “going it alone,” and fend off questions and concerns from family and friends. And it was the best thing I ever did.

Why the 9-5 retrace is built on fear

Part of my decision to ditch my 9-5 job was the gradual realization that predetermined office roles function entirely on fear. There’s fear from the employees themselves, who think that if they don’t have a secure 9-5 job they’ll never have a chance at life. We’re taught from a very young age that we need to “start from the bottom” and work hard to get what we want. This convinces us that the only way we could ever succeed in life is to get a safe, predictable job in an office working for someone else.

Similarly, office culture is driven by the fear of the organization itself. High-level execs worry that if people got a taste of what working from home is like, those people would never want to come into the office. The eventual result would be a realization that they don’t actually need to work for that organization at all, and can do perfectly well on their own, unsupervised.

Most of all, most people trudge into their jobs every morning because they’re too scared to consider the alternative. They think that it’s far too risky to go out on their own and make their own money. For this reason, they never escape from the confines of the office. I was like that, until I overcame that fear and realized that there are just so many opportunities out there. Almost anyone can make a successful life on their own.

Ditching your job will broaden your mind

Similar to the way that travel broadens the mind, simply ditching your 9-5 job and starting out on your own venture completely alters the way you see the world. Suddenly, every challenge becomes an opportunity, and you can pursue every profitable opening. While working for yourself, you’ll find new motivation to get up in the morning. You’ll also develop more intellectually, and you’ll start to enjoy life so much more than you ever could have in your office job.

I found that freelance writing was just the tip of the iceberg. It allowed me to create a financial platform from which I could expand outwards into other, more profitable areas. I was able to build up my own blog and establish a paid following, and from here I began to create a name for myself as an online business coach for women. Suddenly, I had more money than I’d ever had in my life, and paradoxically, far more time on my hands to pursue the things I actually enjoyed. My work melded with my life and became an extension of me.

And it’s fair to say that I’ve never looked back.

So for those of you hate your 9-5, I strongly urge you to consider the possibilities beyond those office walls. There’s a world of opportunities out there, just begging to be seized.