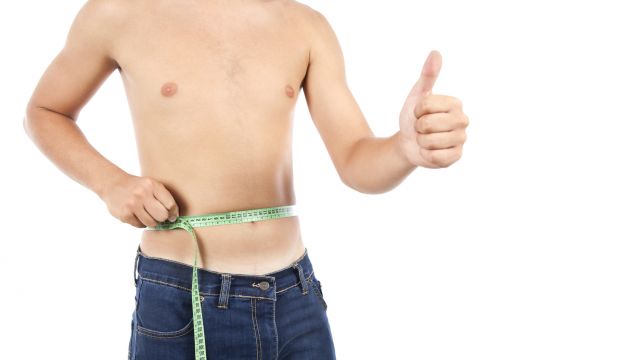 For John Compton, eating was a way for him to deal with his personal problems. He recently admitted to the Huffington Post, ”I turned to food as a way to cope with my emotions.” John had eaten his way up to 487 pounds in 7 years.

He had gone to the doctor for a routine check up, and discovered how much weight he had gained. The doctor also discovered that he had atrial fibrillation, and atrial flutter, which are irregular heartbeats. Compton’s doctor recommended that he be treated for these problems, but they couldn’t operate on him until he lost 150 pounds.

Compton didn’t want to have permanent damage to his heart, so he took matters into his own hands and decided to change his life for the better.

To lose the weight, he had to change his whole lifestyle: the way he ate, his physical activity and the way he thought about food and himself. He started off his mission to lose weight by first journaling everything he ate. “For the first time in my life I was reading nutritional labels,” Compton said. He had lost 50 pounds in the first 7 months just by doing this.

Compton cut out all junk food. He now eats high protein, low-calorie food, and tries to stay away from pastas and other starchy foods by keeping healthy snacks on hand. To help with cravings, he packs baggies with snacks that are 100-200 calories at most. Compton has also taught himself to eat slower, learning that the slower he eats, the more full his stomach will feel, so he will eat less.

Now with his eating habits changing, it was time to work out. Because his weight limited his activity, he wasn’t able to exercise. However, with the loss of his first 50 pounds, he joined a gym and started walking on treadmill six days a week. After a time, he added strength training to help with the process.

Compton began to see and feel a difference in his body. He was able to move and breath better. To help motivate himself, he created a “Fat-Free Bucket List.” It’s a list of activities he plans to do since his weight loss – now that his body size will allow them!

Compton continues to stay motivated. If he feels as though he might take a step backward, he reminds himself of where he was and how bad he felt being so big. “The biggest fear I have is that I will slip, but knowing how good I feel and just remembering just how miserable I was three years ago is the motivation that keeps me going everyday,” he said. Compton takes one step and a time and adds, “I could not be more excited about the future.”

So what does he weigh today? A MUCH healthier 180 pounds! He is an inspiration to all! Proving that with hard work – and lots of it – dedication, and determination, anyone can reach a goal that they set their mind to. John Compton is proof of that.