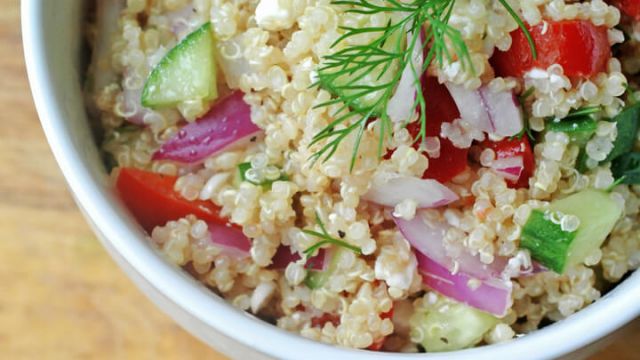 My husband builds custom homes — meaning he physically busts his butt each and every day. Working that hard for eight or more hours a day means that his energy requirements instantly go up. The only trouble is, he doesn’t want to feast at lunch, because let’s face it, after you eat a bit too much, all you want to do is nap or rub your belly.

So, I started to get a little more creative with his lunches — packing more manageable portions that offered everything his body needs. He needed foods that would keep his body going — just as I need nutrient-rich snacks and meals throughout the day to continually fuel my brain while writing.

A quinoa salad that has it all. 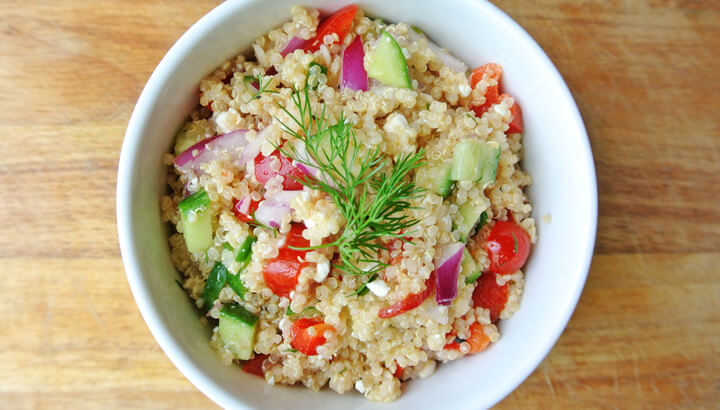 This ancient “grain” is perfect for vegans, vegetarians and all you meat eaters who are trying to cut back on your consumption of saturated fat. Everything about quinoa supports positive health. High in protein, fiber, magnesium, B-complex vitamins, fatty acids and boatloads of other trace nutrients, quinoa is a low glycemic food that won’t make your blood sugar go haywire.

It’s also ideal for people with a gluten intolerance, as quinoa has been shown to be well-tolerated among celiac patients. Within one study, published in the American Journal of Gastroenterology, celiac patients consumed 50 grams of quinoa every day for six weeks. After the study period, it was found that all gastrointestinal parameters remained normal.

Related: Meatless Protein — Get Your Protein From Veggies And Other Sources

Offering a “complete” source of protein while supporting metabolic health, quinoa is also extremely high in antioxidants. Within another study, published in the Journal of Medicinal Food, antioxidants were examined in 10 foods — five cereals, three pseudo-cereals and two legumes. It was found that quinoa offered the highest antioxidant content and increased even further when seeds were sprouted.

As you can tell, I’m a fan of quinoa — and you should be too! Once you throw in all kinds of other beneficial goodies, such as a garlic, raw olive oil, dill, red pepper and more, you’ll create the ultimate packed lunch that satisfies both your hunger and nutritional needs, trust me. Make a big ol’ batch on Sunday, then dish it up throughout the week.

Try this quinoa salad for yourself 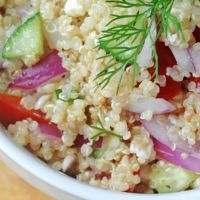 Note: If you’re feeding more than two mouths, just double or triple your increments. Regardless of the amount you make, you’ll need a 1:2 ratio of quinoa to water.