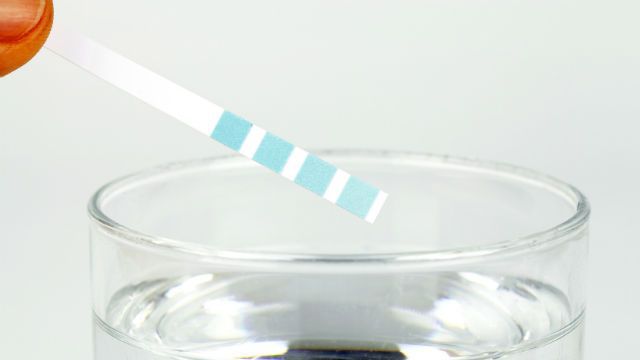 What’s flowing into your home may not be as pure as you might think. Contaminants in drinking water can come from many different sources, and even if it looks, smells and tastes good, there are all sorts of pollutants that can’t be detected by our senses.

Contaminants can cause a wide range of health conditions, particularly for those that may have a weaker immune system, infants and the elderly.

If your water has a certain smell or taste, using the Diagnose Your Water link in the Resources section of the Water Quality Association website can help you figure out why, and give you advice on what to do. But for those many other contaminants that can’t be tasted or smelled, testing your water is a must.

Here is a list of substances that we hope are not lurking in your water supply.

Lead is common in residential piping and the environment. In concentrations of more than 15 parts per billion, it can be very dangerous to infants, children and pregnant women, causing delays in physical and mental development, high blood pressure, damage to red blood cells, kidney disease, learning disabilities and neurological disorders.

Lead is particularly a concern in older homes, as lead solder could legally be used to join plumbing pipes until 1986, but it’s even a concern in brand new homes. Faucets and pipes are still allowed to contain as much as 8 percent lead, and have been found to leech it in significant amounts – especially when they’re new.

Arsenic is a naturally occurring compound found in the air, water, soil, plants and animals. It’s also a very toxic heavy metal classified as a Category I carcinogen, which means it is definitely a cancer-causing agent. It commonly comes into contact with drinking water through natural deposits in the ground or industrial sources such as paint, soap or drugs, as well as fertilizers and pesticides used in agricultural practice.

Long-term exposure to arsenic found in drinking water can cause a number of cancers, including skin, lung and kidney cancer, and may also play a part in the development of diabetes.

E. coli is a type of fecal coliform bacteria commonly found in the intestines of animals and humans. There are harmless as well as harmful forms of this bacteria; the harmful types can result in dysentery, diarrhea and hepatitis. In some people, particularly young children and the elderly, it can even be fatal. E. coli gets into the water by being washed into lakes, streams and rivers – if it’s not treated adequately.

Note: To date, the potential health implications of radioactive contamination are unknown. 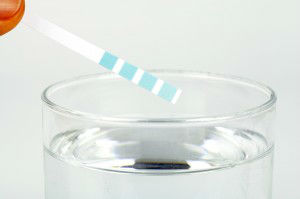 If your water comes from a public or municipal water line in the US, you can call your local water supplier to get a copy of the results of its tests, known as a Consumer Confidence Report.

If you have a private water source, periodic testing is the only way to know for sure what’s in it. You can have a test conducted by a state-certified lab – to find one, call the Environmental Protection Agency’s Safe Drinking Water hotline at (800) 426-4791, or go to the EPA’s website for a list of state certification offices.