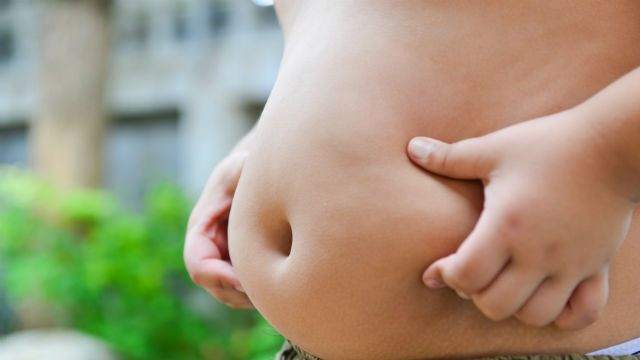 While a number of studies have linked versions of the FTO gene to chronic obesity, researchers from the National Institutes of Health believe they may have discovered why people that have it struggle to maintain a healthy weight as they age, and suggest that some are predisposed to becoming obese.

The FTO gene is thought to trigger hunger pangs and also affect one’s ability to resist impulse eating. The new study revealed that middle-aged and older people with one or two copies of the FTO gene appear to eat more high-calorie and fatty foods as they age.

Brain scans of study participants found lower brain functioning in areas that are responsible for one’s impulsivity and perceptions of food texture and taste.

Another study conducted by Boston Children’s Hospital researchers and published in the journal Science found a rare genetic mutation that prevented mice from burning off fat calories, with the same gene found mutated in a group of obese people. The research team found that mutations in the Mrap2 gene led the animals to eat less initially, but still gain about twice as much weight as they normally would.

Although their appetites returned, the mice continued to gain weight despite being fed the same number of calories as a group of control animals. This led the scientists to figure out that the mice with the mutated gene were sequestering fat instead of breaking it down for energy. The scientists found a similar pattern among a group of 500 obese people.

There is no question that genes play a role in obesity, but the vast majority of cases cannot be blamed on genetic factors. It’s abundantly clear that genetic factors that have been identified make just a small contribution to obesity risk, meaning our genes are not our destiny. Many of the people who carry a so-called obesity gene do not have to become overweight – living a healthy lifestyle can counteract genetic effects.

Even the FTO gene linked to chronic obesity accounts for just a small fraction of the gene-related susceptibility to obesity. The more we learn about genes associated with obesity, the better able we are to find ways to prevent and treat it, but experts say that genetic factors account for just five percent of all cases.

In the US, more than one-third of adults, or 34.9 percent, are considered obese. Scientists maintain that changes in eating and exercise patterns over the past 20 years can’t completely account for the ongoing obesity epidemic and have suggested that chemicals in our environment may share the blame by changing how we all respond to diet and exercise.

It’s thought that most people probably have at least some genetic predisposition to obesity, depending on family history and ethnicity. Whether you do or don’t really doesn’t matter – moving from genetic predisposition to obesity generally requires a decrease in physical activity, an influx of highly processed foods, fast food and sugar-filled beverages and more time spent performing sedentary activities.

The bottom line is, nearly all overweight and obese people can achieve a healthier weight by making positive changes to their diet and getting regular exercise.