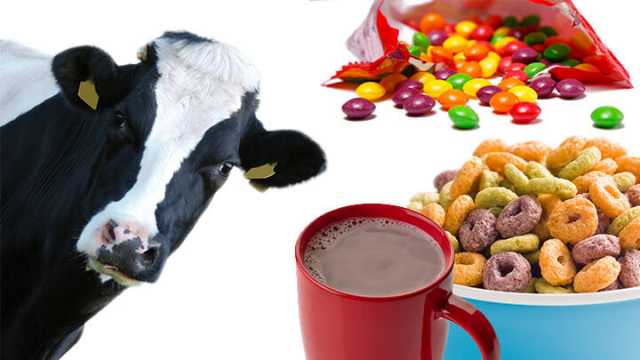 You may be surprised to discover what farmers are actually feeding their cattle these days. Oh, the dirty little secrets behind animal husbandry. For those blissfully unaware, candy is now being fed to cattle throughout the U.S.

Recently, hundreds of thousands of red Skittles were found littered on a rural Wisconsin road after falling off the back of a truck. The Skittles, apparently destined for a cattle farm, were on the menu for some hungry cows, according to local police.

In turns out, the red Skittles were product “seconds” not intended for consumers due to a defect. However, their defectiveness had nothing to do with spoiled ingredients, which would pose a risk for Wisconsin cattle. Rather, the candy was missing the signature “S” identifying them as skittles. Dodge County Sheriff Dale Schmidt told WISN-TV that he knew the spilled candies were Skittles and not a product of similar appearance such as M&M’s because of the “distinct Skittles smell.”

According to Linda Kurtz, a corporate environmental manager at Mars, the company sells unused candies and ingredients to processors that incorporate them with other materials to make animal feed. Kurtz told Associated Press that while Mars does not sell directly to farmers, its procedures follow Food and Drug Administration regulations. But this is not a new trend. 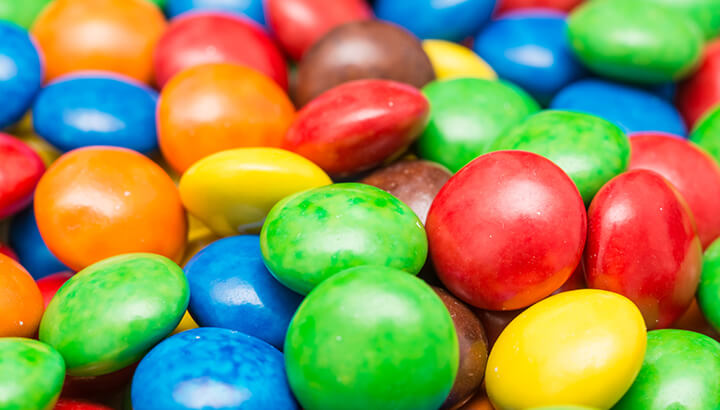 It seems that feeding candy to cows became the feed of choice after rising corn prices plagued the farm community. Since 2009, corn prices doubled, which caused farmers to explore other resources for feeding cattle such as cast-off food ingredients. Cheap and dubious by-products unfit for human consumption seemed to work for the cows. In 2012, corn was priced at about $315 a ton, according to CNN. But, candy sprinkles were available at approximately half that price per ton.

John Waller, a professor of animal nutrition at the University of Tennessee, told Livescience that farmers have used candy to bulk cow feed for years. “I think it’s a viable [diet]. It keeps fat material from going out in the landfill,” said Waller. “And it’s a good way to get nutrients in these cattle.”

But farmers aren’t feeding cattle with just Skittles. The candies are mixed in with the proper ratio of carbohydrates, protein, vitamins and minerals to create animal feed. So, according to Waller, it doesn’t make any difference whether the rumen (or first stomach) is churning candy or corn. “Ruminant animals are very good at utilizing a wide variety of feedstuffs, because the microbes in the rumen can digest things that other animals can’t utilize,” he said.

Although farmers may have found a cost-efficient solution with candy, the impact it has on the environment is not yet clear. In fact, a 2012 study published in the Journal of Dairy Science found that high-sugar grasses increase methane emissions. That means high-sugar feed like cookies and candy could also increase harmful methane emissions. And obviously the environment isn’t the only concern. How does feeding candy to cattle affect human health? 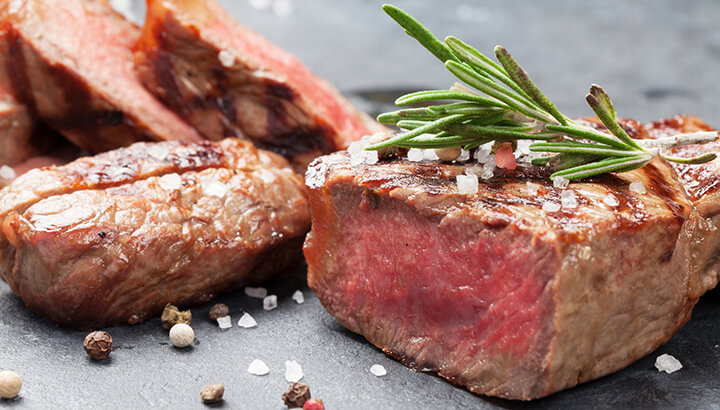 Farmers and livestock-nutritionists claim that candy-mixed feed is as equally nutritious as corn. According to Ki Fanning, a livestock nutritionist with Great Plains Livestock Consulting, “[Candy] is a very good way for producers to reduce feed cost and to provide less expensive food for consumers.”

However, if Skittles in feed is as nutritious as corn, it doesn’t say much for corn — does it?  Skittles are laced with a variety of chemicals, including the infamous Red 40, according to an ingredient list by Fooducate. Red 40 causes allergic reactions in some people, says the Center for Science. It is also linked to hyperactivity in children and immune system tumors in mice. Additionally, Red 40 contains p-Cresidine. The U.S. Department of Health and Human Services suggests p-Cresidine is “reasonably anticipated” to be a human carcinogen.

It’s no surprise that research conducted at Harvard School of Public Health found that eating even small amounts of red meat, particularly processed red meat, on a regular basis increases your risk of heart disease and stroke. And what about the other harmful ingredients found in candies and processed foods? It’s hard not to wonder if the obesity epidemic plaguing the U.S. may be linked (in part) to what our cattle are eating.

And, according to the Animal League Defense Fund, it doesn’t end there. Additional processed, scrap waste fed to cows includes:

More (unbiased) research is definitely required on this subject.

Cattle are being fed junk food! Think about this for a minute. Where is the respect for their animal welfare — and our human health? What cows eat must impact our health. Additionally, why has corn become so expensive that farmers have no other recourse except to feed their cattle junk food?

More than 90 percent of all corn acreage in the U.S. is used to grow genetically engineered (GE) crops. Corn is used to produce several ingredients for processed foods and drinks. This includes high-fructose corn syrup and corn starch. But the majority of GM corn grown around the world is used to feed livestock. According to Food Democracy Now, the introduction of GE crops has corresponded with increasing monopolization of seed by biotechnology companies and higher seed costs.

That clearly leaves farmers in search of cheaper feed for a higher profit. Sadly, it’s reasonable to assume that American cattle will continue munching away on candy-coated feed for years to come. And with that, humans will ultimately pay the price.