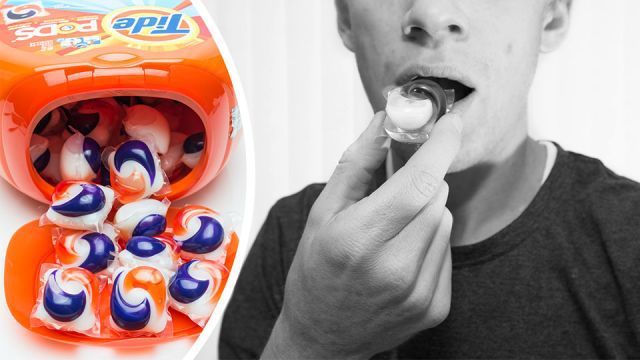 Social media has spawned a lot of flaky trends, but the so-called “Tide Pod Challenge” certainly ranks as one of the most bizarre. News reports that large numbers of teenagers have been daring one another to eat the popular laundry detergent packets (and post videos of themselves doing so) has prompted alarm and mystification among both parents and health officials alike.

Is the Tide Pod Challenge for real?

Many people believe the fad is exaggerated and something of a hoax, but there also been a number of deaths and hospitalizations. What exactly is behind this strange craze? Here are some things you need to be aware of.

tide pods are the best thing ever to go on pizza pic.twitter.com/oA7MYTVuLs

Undoubtedly, for many people, the mania surrounding fad is simply an opportunity to engage in some dark humor. For example, Saturday Night Live got into the act with a satirical skit that alluded to the Tide Pod Challenge as being a part of President Trump’s recent physical:

Why Tide Pods are so dangerous

However, public health officials remain deeply concerned about the whole fad. Last year, poison control centers reported that they received 10,571 claims of children five years or younger that had some sort of adverse exposure incident with the pods.

According to Dr. Diane Calello, at the New Jersey Poison Information and Education System at the Rutgers New Jersey Medical School, “This is not something I would put anywhere near someone’s mouth.” As she explains, the chemicals in the laundry pods contain chemicals that can cause severe burns to the mouth, the esophagus, the stomach and the respiratory tract.

Other health issues ingesting the pods can cause include:

In short, ingesting Tide Pods can be deadly. Consequently, a spokesperson for Tide noted that “Laundry pacs are made to clean clothes. They should not be played with, whatever the circumstance, even if meant as a joke.”

To get the word out about the dangers of consuming the Tide Pods, New England Patriot tight end, Rob Gronkowski, recorded a video discouraging the practice, which has garnered almost eight million views.

What should Tide PODs be used for? DOING LAUNDRY. Nothing else.

Eating a Tide POD is a BAD IDEA, and we asked our friend @robgronkowski to help explain. pic.twitter.com/0JnFdhnsWZ

How did this craze get started?

No one knows how the Tide pod challenge got started. However, shortly after the product was introduced, in 2012, Senator Chuck Schumer, of New York, said “I don’t know why they make them look so delicious.”

Almost immediately, health concerns began to mount as a number of young children began inadvertently biting into them because they mistakenly believed the pods were candy. Within a matter of months, consumer safety agencies felt compelled to alert families to the dangers these products could cause if misused.

The hazards of kids eating detergent pods hardly seems like a laughing matter or the stuff for comedic fodder. But 2015, The Onion (a satirical online magazine) published a humorous op-ed, supposedly from the perspective of a toddler, in which the author promised to eat those “multi-colored detergent pods.” No one can really say if this article played a role in the development of the current craze.

Between 2012 and 2017 (before the current Tide Pod Challenge took off) the dissolvable liquid laundry detergent product was linked to ten deaths. In a recent development, a female Utah State University student was hospitalized after ingesting a Tide Pod over the weekend.

For a quick video overview of the Tide Pod craze you can check out the following video (below):

In the event of an emergency or toxicity concerns, the American Association of Poison Control Centers has a hotline, 1-800-222-1222. The agency’s experts are on hand to answer your questions. You can also text “poison” to 797979.